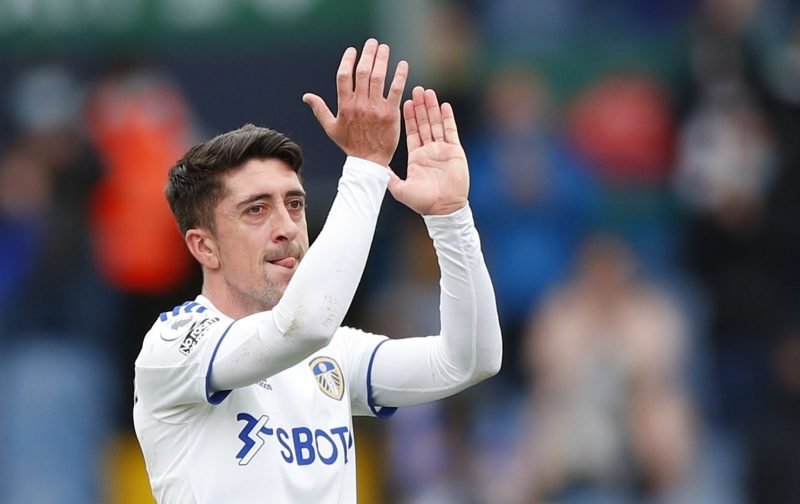 Legend is a term reserved for the greats, yet it is often used in flippant situations during any given week in the footballing calendar. Yet this weekend, we have seen two true legends of Leeds United bid their farewells to the club.

Joining a list of the likes of Billy Bremner, Jack Charlton, and Peter Lorimer; Pablo “El Mago” Hernandez and Gaetano “The Lion” Berardi will be remembered as part of Leeds United’s history for generations to come.

Both for reasons that are very separate, the both of them have embodied Leeds in their own ways and honoured the badge that they have sacrificed so much for.

Former translator for head coach, Marcelo Bielsa, Salim Lamrani labelled Berardi as “the Lion”. His ferocity on the pitch and the protection of his fellow teammates off of it will live long in the minds of those around him.

For fans we have seen the development of a leader, ready to protect and fight in equal measure.

There are two stand out moments in Berardi’s Leeds career that symbolise everything he means to the club and vice-versa.

2015, the end of another hurtful season in the Championship, Neil Redfearn was in charge, but he was losing the trust of the Italian contingent of the squad.

Prior to a trip away to Charlton Athletic, six of his first team squad were unavailable due staging a protest and were therefore claiming to be injured. These six players later labelled as the “sick note six” consisted of Mirco Antenucci, Edgar Cani, Giuseppe Bellusci, Marco Silvestri, Dario Del Fabro and Souleymane Doukara.

Due to the lack of Italian speakers in the squad, Berardi stuck close to these players and was equally as disgruntled at his lack of playing time. Yet he, at risk of alienating himself, chose the badge and travelled down to the Valley.

His actions that week were a sign to come. Leeds will forever be in debt to Berardi for his sacrifices, none more so than last season.

Choosing to extend his contract by one month to help play his part in the title success and ensure promotion of Leeds, but then to suffer a horrific injury two games before the end of the season.

To many players the risk of playing that month was too high, yet the reward for Berardi was worth the turmoil. The Swiss international had broken himself in his efforts. His crutches a sign of the months away from the game he would have to endure, but what mattered was he’d done it for his players, and he’d done if for the city.

When Pablo arrived at Elland Road, he had been signed from Al-Arabi. A sports club in Qatar and supposedly where Hernandez was to wind down his career and earn some extra cash before his retirement.

Four years go by, now at 36 Hernandez could be regarded as one of the best signings Leeds United have ever made.

Far from winding down his career, the wizardry that earned himself the nickname “El Mago” has been displayed in nigh on every performance.

His ability to drag his team through periods of adversity is inspired. In the toughest of moments, others around him may not be up to it. But in the stands, you find yourself thinking “just give it to Pablo”. Incredibly, it is often the solution.

That goal against Millwall in Bielsa’s first season and then the goal that everyone will synonymise with the name Pablo, the Swansea goal.