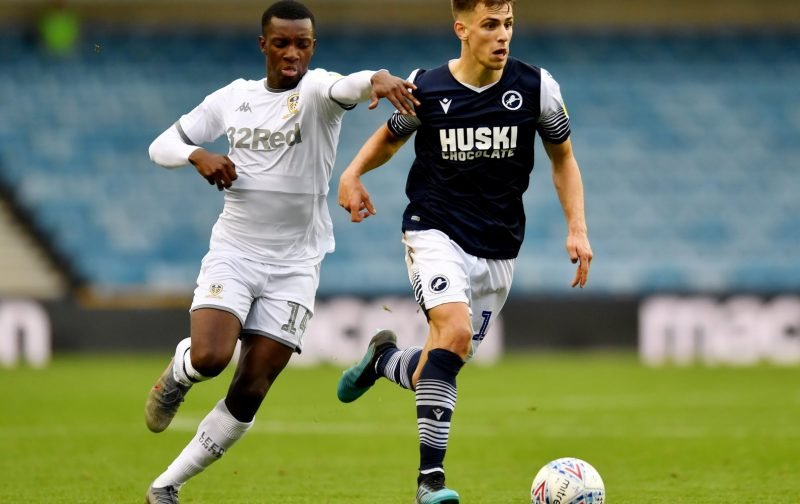 “What is Bielsa waiting for” – A lot of Leeds United fans are growing tired of Marcelo Bielsa’s continued refusal to use Eddie Nketiah from the start.

The on-loan Arsenal man bagged a hat-trick for England’s Under-21s last night to move him onto eight goals for both club and country this season.

Yet he continues to be ignored by the Argentine.

This seems to be now winding up many Whites fans who want to know why their manager is so stubborn and continues to persist with Patrick Bamford.

A lot of Arsenal fans are also unhappy with Nketiah’s lack of game time, and they want their club to recall him.

These Leeds fans are furious that Nketiah is still not starting, and they want to know what does he have to do to get picked.

???? @EddieNketiah9 dialled in another great performance for England tonight! The #LUFC forward bagged a hat-trick in the 5-1 win over Austria! pic.twitter.com/2xR3qPR0ts

Is it so hard to give him a chance. What is Bielsa waiting for? His stubbornness is infuriating. Try him instead of or with Bamford. Just start the lad. ????

Sorry. Not good enough. No starting berth for you. Bamford who scores less deserves to start ahead of you because he doesn’t have an eye for goal and misses everything that the team creates. You on the other hand score too many goals. So no starts for you…

Remember everyone he doesn’t run like Bamford or hold the bell up he scores goals and we don’t like that at Leeds !! Won’t play two up too because bielsa believes we won’t create enough lol so Bamford starts Saturday

Why does Marcelo refuse to start this guy-rather than have him sitting on the bench as sub? With 70% possession in every match (bar one) Nketiah could score one or two goals every game and we would be top of the division.

Eddie has to start as it is goals we need to put games to bed early. This will make games easier. If bielsa wants to change things later on then bring Bamford on we have to change things or we risk loosing Eddie to another club who will play him in their 1st team. Mot

Bielsa too stubborn to change and start Eddie unfortunately. It’s going to lead Arsenal recalling him and sending him somewhere he will start games or sit on Arsenals bench as an option. Bielsa too blame if his loan ends prematurely.