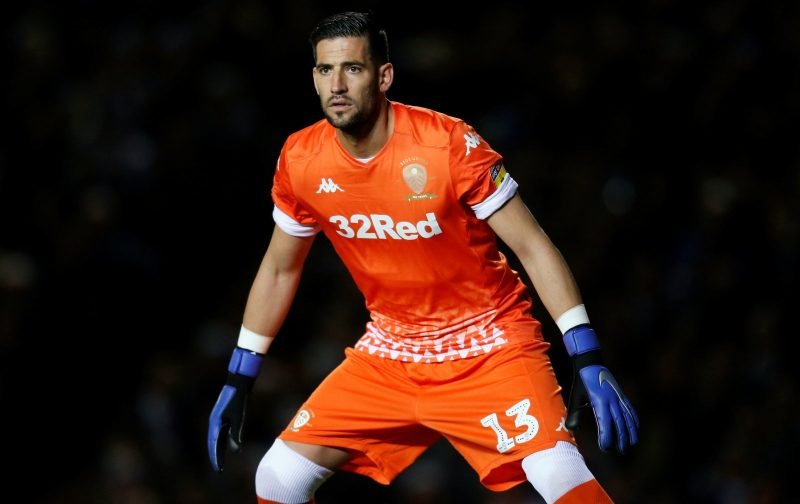 A lot of Leeds United fans are joking that they want to see Kiko Casilla on set-pieces.

This is because the Spanish goalkeeper is so good at distributing the ball a few Leeds fans want to see him take a free-kick.

In all seriousness, though, Casilla has improved immeasurably this season for the Whites and is the undisputed first-choice goalkeeper now that Bailey Peacock-Farrell has departed the club.

The former Real Madrid goalkeeper, who joined in January, had a shaky start to life in the Championship, but a full pre-season seems to have settled him down, and he now looks at home at Elland Road.

Ben Parker, a former Whites defender, has been impressed with Casilla’s decision making and positioning – both of which were poor last year.

Certainly, these Leeds fans are happy with Casilla this season.

We’ll say he’s well rounded when he’s taking free kicks on the edge of the opposition box. Make it happen

Many Leeds fans would like to see Casilla on set-pieces.

Alot of our build up play starts with kiko, if he didn’t have the ability to distribute as good as he does, we wouldn’t dominate teams like we do

Calm down Martin, all leagues are different, it takes any new players time to adjust.

Other Leeds fans have been impressed with the 33-year-old’s improvement this year.