“Tenacity”: Whelan suggests who should replace Phillips, but the numbers don’t add up – Report 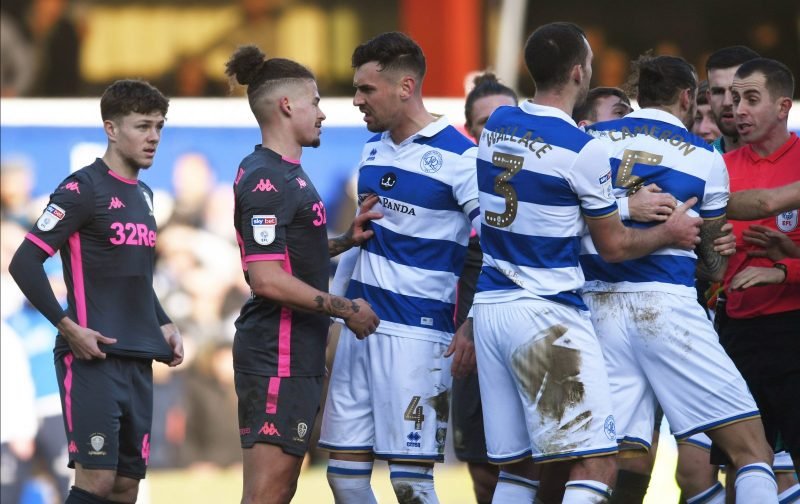 How do you solve a problem like Kalvin Phillips?

That is the problem that is going to be facing Marcelo Bielsa for the next couple of weeks as he works out what to do to replace the defensive midfielder in the line-up after his red card against Queens Park Rangers on Saturday.

It’s a problem that Bielsa has already dealt with this season, as he was suspended for the game away to Huddersfield Town back in December, and in that game he changed formation completely, going for a 3-3-3-1 formation to accommodate the loss of him in midfield.

Former Leeds United player Noel Whelan though believes that there is one person who should be responsible for replacing Phillips, and that’s young Jamie Shackleton. Speaking to Football Insider, Whelan noted exactly what he’ll be able to bring to the table and why Bielsa should look his way when picking the team in Phillips’ absence:

“Shackleton probably could. I think Jamie Shackleton has that kind of energy, that tenacity which is needed, but it’s a big role to play. It’s big big big boots to fill when it comes to covering Kalvin Phillips, so that is the million-dollar question. So what is Bielsa thinking? What direction is he going to go?”

Whilst Whelan clearly has faith in him being able to fill his boots, I’m not so sure, because the statistics don’t necessarily back him up on that. If you take a look at their performances this year from WhoScored.com, their numbers don’t even come close.

Whatever aspect of the game you look at, Shackleton just isn’t up to doing the job that Phillips can do on a regular basis. So it looks like if they want to minimise the effect of losing Phillips, they might need to look elsewhere, or there could be big trouble ahead.

Perhaps another formation change could be in the works, or perhaps Shackleton will be able to perform out of his skin to make it work. Either way, it should be fun finding out.