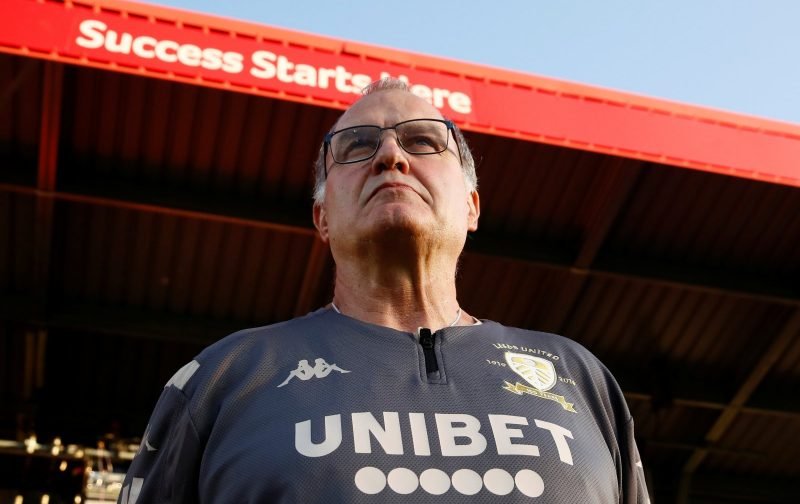 Lots of Leeds United fans have been reacting on social media after one Whites supporter shared an image of the huge tattoo they have gotten done of Marcelo Bielsa.

Season ticket-holder Hayden Kershaw travelled to Amsterdam to get the ink done by renowned artist Auke at Ink District Amsterdam, as he made a big gesture to his admiration of the boss.

The piece occupies most of Kershaw’s calf and features Bielsa’s trademark stern facial expression, while the Argentine is adorned in a Leeds United tracksuit jacket.

Kershaw has had the ink done as an expression of his admiration and gratitude for the work Bielsa has orchestrated since arriving at Elland Road in 2018, noting that he completely transformed the club’s philosophy.

“I’ve had some of the best couple of seasons following Leeds religiously all over the world under Marcelo,” he said, via quotes by the Yorkshire Evening Post.

“He’s injected pride and passion back in to the city and taken us from a mid-table second division team to a Premier League team in the waiting, with the exact same squad, he’s a genius.”

Well worth the wait, couldn’t be happier with how this turned out. Thanks Auke, incredible work! @inkdistrictAmsterdam #lufc #mot #bielsa @Newells_en @LUFC ???????????????? pic.twitter.com/fQkyCmiVrf

Leeds ended the 2017/18 Championship season in 13th place and changed managers mid-way through the campaign with Paul Heckingbottom replacing Thomas Christiansen in February.

Bielsa’s first term in charge saw the club challenge for automatic promotion having made few transfers in the summer and winter windows, and are again in the promotion picture this season after falling short in the Play-Off Semi-Finals in May.

Loads of Whites supporters have been reacting to the ink since Kershaw shared an image of his tattoo on social media, with fans amazed at the quality and detail of Auke’s work.

Where will we end the Championship season?

That is superb my man, SUPERB!

@mattwainwright9 look at this!! Amazing

The level of detail on this is insane!

When he gets us promoted, you can get the trophy tattooed next to him