‘So there’s a chance?’ – Plenty of Leeds fans have a similar reaction as rival club confirm signing 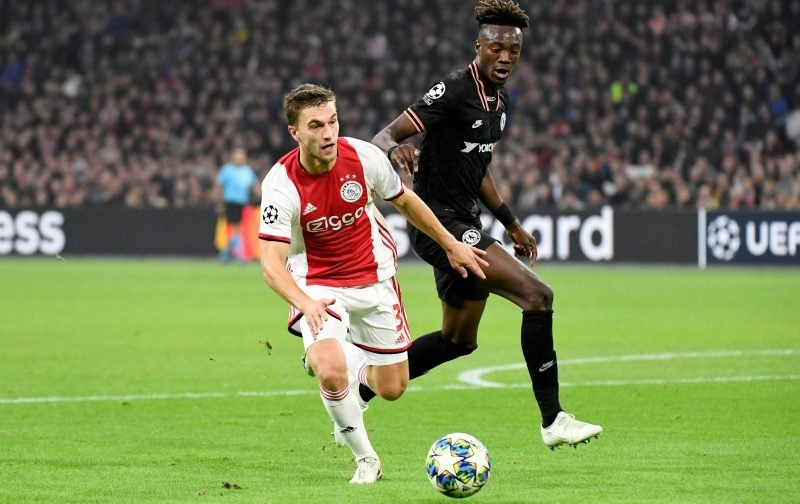 You can’t really blame fans of Leeds United for being desperate to see Ben White back at Elland Road next season.

The young centre back has just enjoyed an outstanding season on loan with the club from Brighton, playing every minute of the club’s title-winning campaign, and putting in some outstanding performances in the process.

Perhaps not surprisingly then, it seems as though Leeds fans are currently scrambling to find even the tiny indication that White may have a chance of returning to Yorkshire next season, and they were certainly handed one of those by White’s parent club on Wednesday night.

With the current transfer market still in its infancy, Brighton confirmed their second signing of the summer, announcing the arrival of Ajax defender Joel Veltman on a three-year deal.

That signing of Veltman now of course means there is yet another centre back to compete with White for a starting place at The AMEX next season, and many Leeds fans were quick to suggest that the Dutchman’s arrival could mean that Brighton could now afford to let White return to their club, as they took to Twitter to react to that news.

Here, we take a look at what some of those Leeds supporters had to say.

Now sell us Ben White, most of you hadn’t heard of him before he went to leeds anyway so it’ll be no loss.

We no what this means hahaha Ben White is considering his future at Brighton now and with them bring in this lad can see this pushing him close to a move to Leeds. Both fans no this is true now

so there’s a chance

And Ben White slips further down the pecking order? 🤔