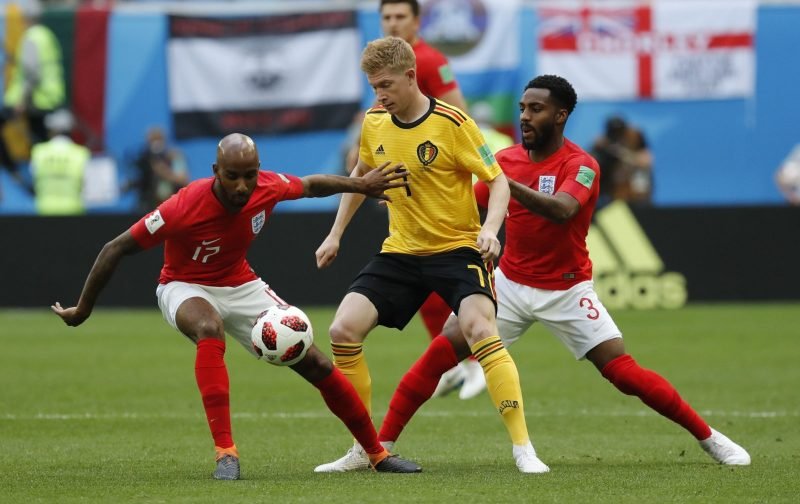 Leeds United are interested in re-signing midfielder Fabian Delph and full-back Danny Rose ahead of their return to the Premier League next season, a report from The Daily Star has claimed.

Both players started their careers at Leeds, and it seems the club are keen on something of a reunion with their two academy graduates, as they prepare to make their long-awaited step back up to English football’s top-flight next season.

According to the latest reports, Leeds are keen to add more Premier League experience to their squad for the coming campaign, and are keen to bring Delph and Rose back to Elland Road in order to do that.

Rose, who spent the second half of this season on loan at Newcastle, has just 12 months remaining on his contract with parent club Tottenham, while there are two years left on Delph’s current deal at Everton, having only moved to Goodison Park last summer.

It is thought that Leeds are confident both players would be tempted by the prospect of returning to the club, and that the duo will both cost somewhere in the region of £5million to sign.

There can be no doubt it would be interesting to see how the pair fare if they do make their way back to Elland Road this summer.

Both players have the sort of Premier League experience Leeds will be looking for, although it could be argued that neither has really shown their best form in the past season or so.

Indeed, with the size of the clubs they are coming from, you also feel that wages are unlikely to be cheap either for these, so you imagine the club will have to make sure they do not price themselves out of any other deals here.

Even so, the prospect of bringing back two players who promised so much for the club before being prised away, returning to Elland Road just as the club step back into the Premier League, is one that may well appeal to many associated with the club.