Report: Leeds battling Arsenal and others to sign £18million-rated Spaniard 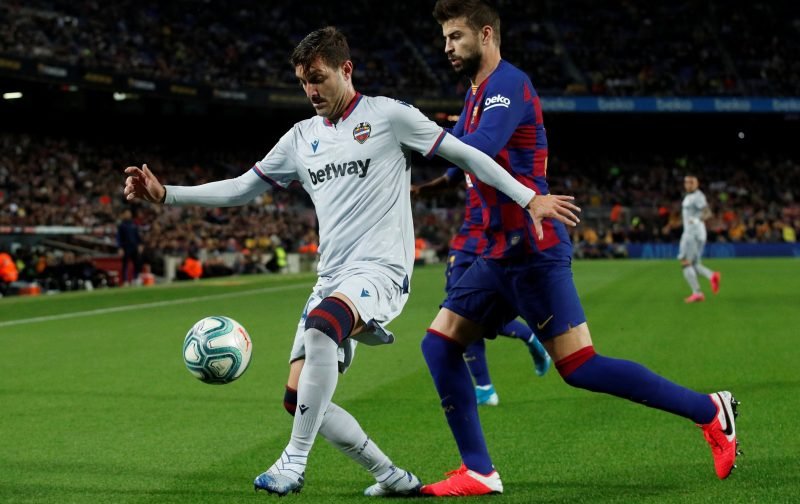 Leeds are battling a number of top-flight clubs for the signing of Levante midfielder Jose Campana, a report from Spanish outlet El Desmarque has claimed.

Campana, who is valued at £18million by Transfermarkt, has made 157 appearances in all competitions for Levante since joining the club back in the summer of 2016, and it now seems as though the 27-year-old, who has helped establish the club in La Liga over the past three seasons, is attracting attention from elsewhere.

According to the latest reports, Leeds are battling three of their Premier League rivals for next season in an attempt to sign Campana, with Arsenal, Aston Villa and Everton all also said to be interested.

There is also options to remain in Spain for Campana, with Atletico Madrid and Villarreal both thought to be keen on the midfielder, who is said to be interested in a return to former club Sevilla, who he left for an ill-fated spell with Crystal Palace back in 2013/14.

As things stand however, there are still three years remaining on Campana’s current deal with Levante, securing his future at the club until the end of the 2022/23 season, and putting them in a strong position to negotiate any offers that come in for him.

This could certainly be a useful signing for Leeds if they can pull it off.

Given his experience at the top level, Campana could certainly provide some competition for Kalvin Phillips in the centre of Leeds’ midfield, and help alleviate any issues that may arise if Phillips is absent, something which was exposed at times this season.

The level of interest there is in Campana also means that winning this transfer battle would be something of a statement of intent from Leeds ahead of their return to the Premier League.

However, it could also lead to a bidding war that – along with his contract situation at Levante – may mean the midfielder would not be coming to Elland Road for anything like on the cheap.