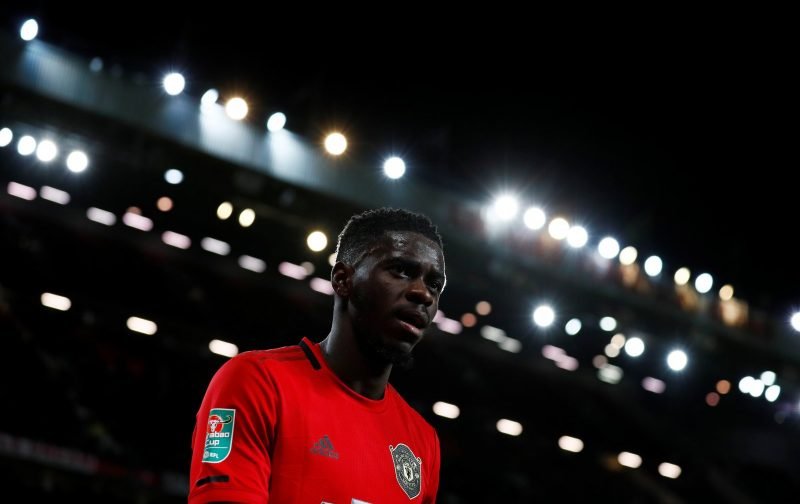 Leeds United are interested in signing Manchester United defender Axel Tuanzebe as a potential replacement for Ben White, a report from a print edition of The Sun (26/07, p63) has claimed.

White was outstanding for Leeds as they won promotion back to the Premier League as Championship champions this season, although it seems a return to the Elland Road for the Brighton loanee is unlikely.

According to the latest reports, Brighton are reluctant to sell White to Leeds in particular, as they feel they could be competing with the Whites in the table next season, and it seems Marcelo Bielsa’s side are already looking at alternatives to White to fill the gap in the centre of their defence.

It is thought that Leeds are looking at Tuanzebe as an alternative to White, as they prepare for their return to the top-flight of English football.

Having helped Aston Villa to promotion while on-loan with the Midlands club last season, Tuanzebe has made ten appearances in all competitions during an injury-hit season with Ole Gunnar Solskjaer’s side in the 2019/20 campaign.

With White’s future seemingly uncertain, it does seem as though Leeds will need to look for alternatives at centre back when the transfer window reopens.

Tuanzebe does seem to have the ability to compete in the Premier League, although there may be some concerns about both his fitness struggles and experience.

Add to that the fact that Tuanzebe has two years remaining on his contract at Old Trafford, and Leeds do run the risk of finding themselves in a similar position to the one they are currently in now next summer, if they can only sign the defender on loan for next season.