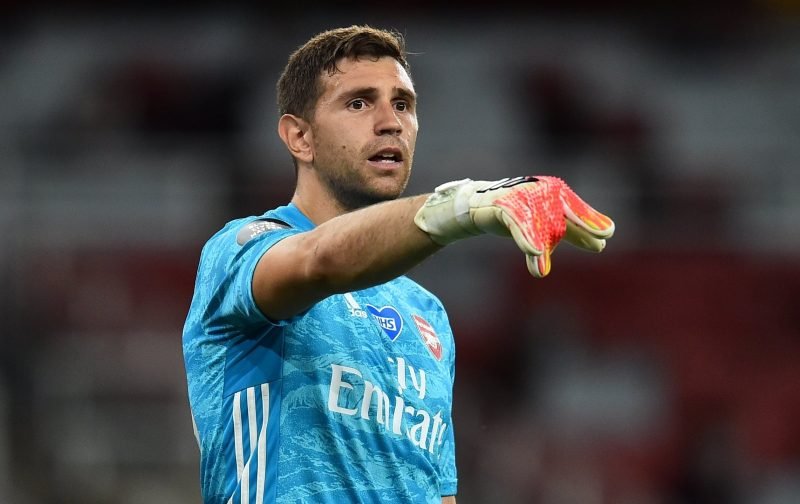 Leeds are considering Arsenal’s Emiliano Martinez and Manchester United’s Sergio Romero as possible goalkeeping options for when the transfer window reopens, a report from The Sun has claimed.

Having secured a long-awaited return to the Premier League as Championship champions earlier this month, the Whites are already being linked with a number of players as they long to strengthen their side ahead of the challenge.

Young goalkeeper Illan Meslier has already made his loan move from Lorient permanent, signing a three-year deal at Elland Road, although it seems the club’s goalkeeping recruitment may not stop there.

According to the latest reports, both Martinez and Romero are potential targets for Leeds this summer, as they look to add to their options between the posts.

Romero has consistently proven himself a capable goalkeeper when filling in for David De Gea for United since joining the club from Sampdoria back in 2015.

Martinez meanwhile has impressed for Arsenal since an injury to Bernd Leno earlier this month gave the 27-year-old the chance to prove himself in the Gunners senior side.

It does seem sensible for Leeds to look for another ‘keeper this summer, given Meslier’s lack of experience at top-flight level, although this update does not really bode well for Kiko Casilla’s future at Elland Road.

Indeed, having had to wait their turn at United and Arsenal respectively, you also feel that both Martinez and Romero could be open to a move such as this, to finally give them the opportunity to prove they are good enough to be a Premier League number one.