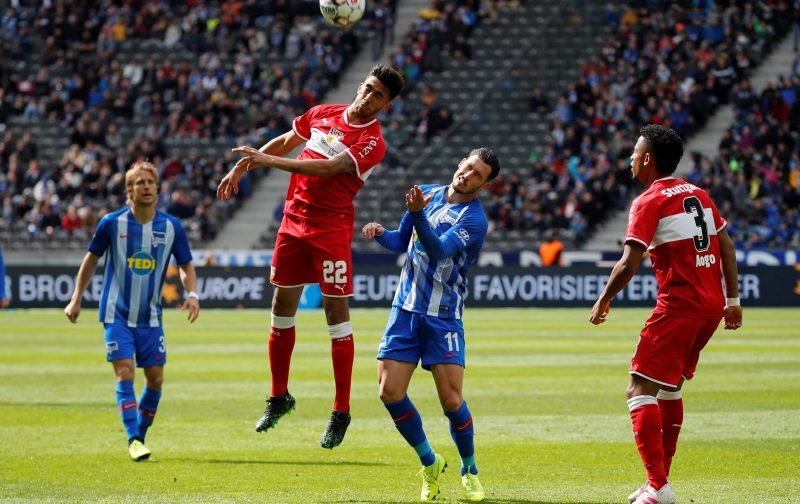 Leeds are battling no fewer than six Italian clubs in the race to sign Stuttgart striker Nicolas Gonzalez, a report from German outlet Kicker has claimed.

Gonzalez has enjoyed a memorable campaign with Stuttgart this season, scoring 14 goals in 27 appearances to help the club win promotion back to the Bundesliga at the first time of asking.

Now it seems as though those performances from the Argentinean have perhaps not surprisingly attracted plenty of attention from elsewhere, with the latest reports claiming that Leeds are interested in Gonzaez, as they look to add to their attacking options ahead of their return to the Premier League.

However, it seems as though Leeds are not alone with their interest in Gonzalez, with AC Milan, Inter, Napoli, Atalanta, Roma and Lazio all also said to be keen on a move for the striker.

It also appears as though this would not be a cheap deal for Leeds to pull off, with Gonzalez reportedly valued at €20million by Stuttgart, who will surely not want to lose such a key player.

This could certainly be a useful signing for Leeds if they can pull it off.

There doesn’t seem to be aby doubt that the Whites need to add a goalscorer to their ranks if they are to be competitive in the Premier League next season, and Gonzalez’ record this season suggests he could be capable of filling that role.

The level of interest there is in Gonzalez also means this would be some statement of intent from Elland Road if they win the race for his signature, although you wonder if the opportunity to play in Europe may sway this particular transfer battle in the favour of one of those Italian sides.