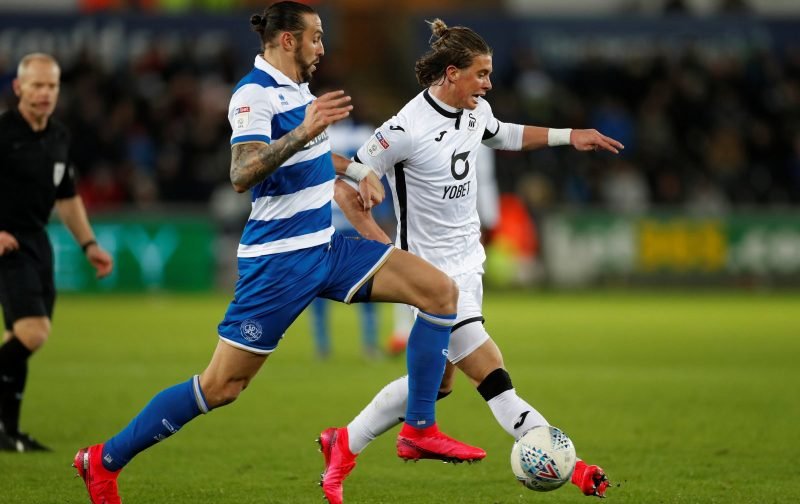 Leeds are now looking to sign midfielder Conor Gallagher on a permanent deal from Chelsea, a report from The Daily Mail has claimed.

Gallagher impressive form on loan in the Championship with Charlton and Swansea had seen the 20-year-old linked with a loan move elsewhere in the Premier League this summer, with Leeds among the club’s interested.

According to the latest reports however, it now looks as though Leeds may attempt to secure more than just a loan move for Gallagher, with a permanent move now being suggested.

It is thought that is due to the fact that the club are convinced that Gallagher will fit into Marcelo Bielsa’s style of play at Elland Road perfectly, and as a result are keen to secure his services long-term.

Even so, it appears as though such a move is unlikely, with Chelsea said to be unlikely to sanction a permanent exit for Gallagher, due to the high regard he is held in by Blues manager Frank Lampard.

As things stand, there are two years remaining on Gallagher’s contract and at Chelsea, and it has been claimed that the club were keen to get the player to sign a new contract before letting him leave on loan, with Aston Villa and West Brom keen on a temporary deal for the England Under 21 international.

It is interesting to see that Leeds are so keen to secure the services of Gallagher on a permanent basis this summer.

While there can be no doubting that the midfielder has plenty of potential, it does seem like something of a risk to take on a player who is as yet untested at Premier League.

Indeed, you also have to wonder what implications the permanent signing of a player such as Gallagher, could have on the Whites’ supposed pursuits of several more experienced, established, and higher profile midfield targets this summer.