Nwakali a smart option for Leeds 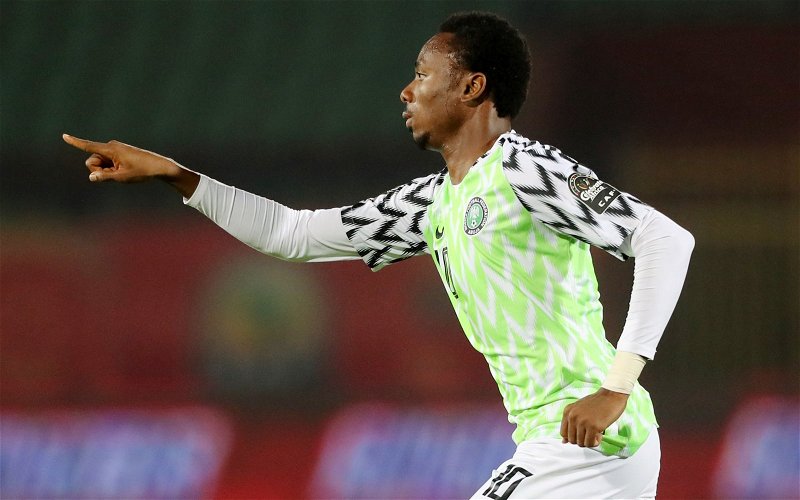 Leeds United are in the market for a midfielder and while there are links coming from all over, one that could be a shrewd deal is for Huesca’s Kelechi Nwakali.

No one can have any qualms with how well we performed in the 2020/21 season, with players all over the park performing incredibly well to help us to a ninth-place finish.

One of the most eye-catching performers was Stuart Dallas, who became one of the league’s best left-backs then central midfielders as he converted to cover for a lack of depth.

It was truly astonishing to see him play like that, but the pessimist will have been observing how Dallas’ heroics only came from our alarming lack of strength in depth in midfield. At present, you can only say with certainty that Mateusz Klich is a natural central midfielder (not holding, or attacking) that is of consistent Premier League quality.

So with that, Leeds will be eyeing up a transfer in that position, and The Athletic are claiming that after Junior Firpo joined, it’s going to be someone on the younger side.

It’s a case of adding more strength to the squad overall and we don’t exactly need a world-beater to come in and break transfer records to join.

A young, hungry player who has lots of time to develop would be perfect and with that, comes another report from The Athletic claiming we’re interested in Huesca midfielder Kelechi Nwakali.

Having left Arsenal’s youth setup, Nwakali could be angling for a move back to England, with his form in the last year impressing as he was shipped out to Spanish second-tier outfit Alcorcon. The latest on his future is that while Huesca are adamant he’s going nowhere, there’s a €15million release clause that they can do little about if we triggered it.

Leeds have dipped into the faltering Spanish market three times already with Rodrigo, Diego Llorente, and Junior Firpo all arriving to showcase just how well we have taken advantage of clubs in need of quick cash.

Nwakali presents a very similar option in midfield to Klich when we look at his stats in comparison with the Polish international. How often and well they shoot, pass, press, and retain possession is something they have fairly in common.

He might not be the most glamourous option for Leeds to sign as we see Rodrigo De Paul move to Atletico Madrid, but logic dictates we’re going to keep looking for good business rather than the high-profile business.