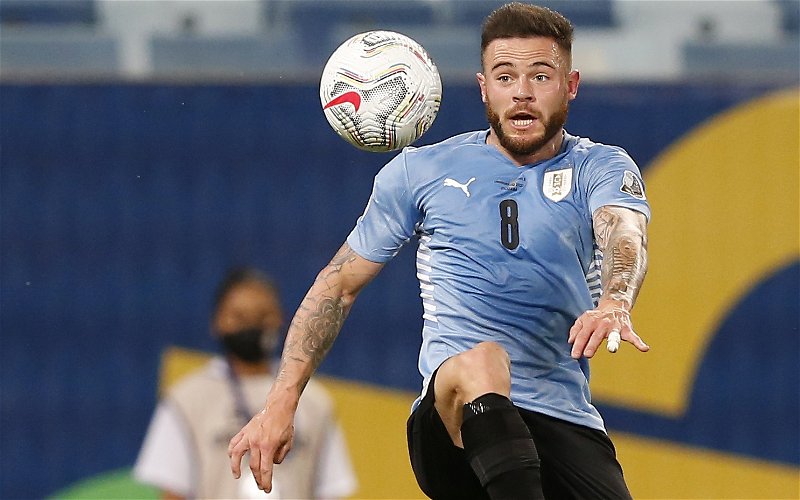 The summer transfer window has just over six weeks left to run and Leeds United have put pen to paper on two permanent deals: Jack Harrison and Junior Firpo. In the remaining time, Director of Football, Victor Orta, is reportedly jetting off to secure the latest signature.

That signature is of Cagliari’s bullish midfielder, Nahitan Nandez. Standing at five feet and seven inches, his compact stature can be quite deceiving – that is until you see his work horse style of play. With the heart of a Gaetano Berardi, Nandez has £30m worth of talent to go with it, and here at Vital Leeds we think he is custom built for the Whites.

A number eight by trade, the Uruguayan international has the Stuart Dallas-esque capabilities to play almost anywhere on the park. Last season in the Serie A, his dribbling proficiency has allowed him to play in wide midfield areas, alongside also filling in the Kalvin Phillips role with his engine room-like playing style.

Arriving from Argentinian giants Boca Juniors two years ago, Nandez has gone on to make 72 appearances for Cagliari and earn the respect of Scudetto champions, Inter Milan – Leeds putting themselves in some good company.

Carrying a hefty £30m price tag, the 25-year-old would double the transfer spending for the window on his own. Although, Leeds would be benefitting from a 41-time capped international who has just been showcasing his versatility in the Copa America.

As previously mentioned, he is able to play just about anywhere on a football pitch. For Uruguay this summer, he featured three times on the right of the midfield and twice from right-back. It would be harsh to suggest he simply fills in these roles as well.

For Cagliari, a side who really struggled last season faltering to a 16th place position, Nandez was one of few standout performers.

When compared to the entirety of the division, the 25-year-old delivered the fourth most crosses into the opposition area (a main feature of Marcelo Bielsa’s Leeds United). Impressively, he was also in the top 15% of midfielders who received progressive passes, signalling his attacking intent.

Finally, and perhaps the most relevant stat Bielsa will be licking his lips at will be his pressures, which is the number of occasions he has applied pressure to an opponent who is receiving, carrying or releasing the ball. For this he is in the top 1% with 19.74 pressures per 90 minutes.

If Victor Orta can deliver once again with the convincing flight out to Sardinia, Elland Road could witness another top-class talent and one that leaves absolutely everything out there at LS11 – just as Leeds fans have come to expect.