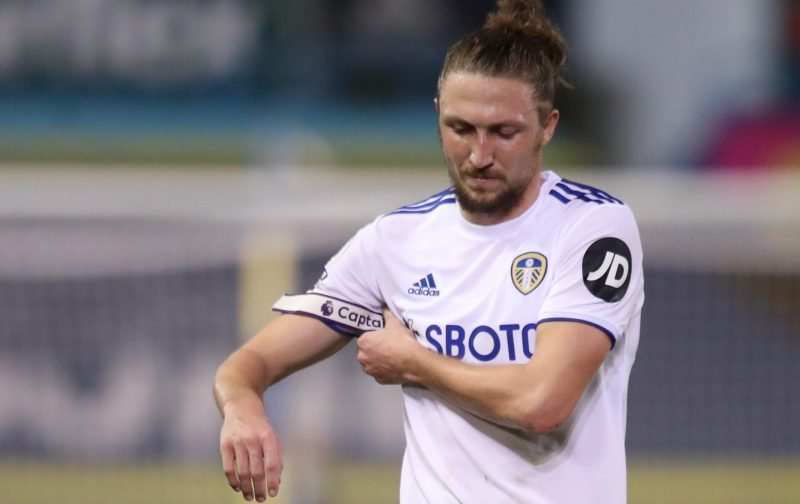 Leeds United right-back Luke Ayling hasn’t had the easiest journey to earn himself a place in the Premier League, working his way up from the depths of the EFL to then finally achieve promotion with Leeds after four years at the club.

Having started out at Arsenal academy, Ayling was released upon the expiry of his contract and joined Yeovil Town on a permanent deal after impressing whilst out on loan.

What seemed like his best chance at playing in the top flight had passed him by at the age of 18, but his steady progression in the EFL stood him in good stead to be a late bloomer.

Alongside the Glovers’ unlikely rise to the Championship in the 2013/14 season, Ayling was impressing enough to show he could more than hold his own in the division.

Relegation and a rejected contract offer at Huish Park saw Ayling move to then League One club Bristol City where he was once again a crucial player as they surged into the Championship in his first season at Ashton Gate.

A return to the Championship for the 2014/15 term in more favourable circumstances meant that Ayling was able to retain his league status with the Robins, and his efforts landed him a move to Garry Monk’s Leeds United in 2016.

Unsustained promotion pushes followed in Ayling’s first two seasons at Elland Road, where both Monk (7th) and Thomas Christiansen (13th) struggled to keep up their early season momentum, ending in them coming up short.

Marcelo Bielsa’s appointment massively transformed the club’s prospects in the Championship, with fitness and chance creation a huge step up from before and miles above a lot of the division.

Players were required to be in tip-top condition for his style of play and pre-season was going to be gruelling, where Ayling managed to shed half a stone to conform to El Loco’s immensely high standards.

In Mundial’s GIANT podcast, Ayling detailed what the training regime is like under the Argentine, showing how brutal the fitness sessions are and how he operates with the players between games.

“He starves us of the ball in the week, so we don’t do any keep balls like every other team, keep balls, five-a-side, it’s fun but our fun comes on a Saturday, playing football, keeping the ball and being on the front foot and attacking,” Ayling stated.

“That’s where our fun comes from, not from a five-a-side on a Friday or a keep ball. Our fun comes on a Saturday when we’re actually playing a game.”

It has bred a hungry crop of players that have showcased under his stewardship that they are to take every game by the scruff of the neck, regardless of the opposition, as this season’s possession stats outline.

Promotion to the Premier League hasn’t changed anything, despite the magnitude of the ‘work being done’ to get us back in the top flight.

However, there was chance for the players to let off steam before the Derby County guard of honour in July.

After sealing promotion after a 16-year hiatus, Ayling continued, talking about the moment the players shared with Bielsa: “The first time we see him, we’ve been there for a couple of hours, had a few beers, we see him coming across the pitch.

“For two years he’s kept us at arm’s length, not really shown that side of him and then he’s walking across the pitch and we’re singing ‘Marcelo Bielsa’ and he’s down there pumping his fists.

“You could see how happy he was, he’s hugged us and gone round to everyone and honestly it was the best feeling, him cuddling you, talking in your ear saying thank you, thank you we did it.

“To hear him say thank you to us, we’re so thankful for him coming and giving us this chance but we’ve given him a league title he hasn’t had. He was really thankful for that. It was a brilliant moment.”

With Leeds back in the Premier League, saying had managed to climb back to being part of a top flight club once again, this time a vital part of the starting 11 and dressing room, hardened from his experiences lower down the ladder.

His first test? Arguably one of the best front lines in world football in Liverpool’s Salah, Mane, and Firmino.

However, despite Salah’s hattrick and 4-3 win, Ayling was formidable against Sadio Mane and limited the Senegalese winger to very little compared to what he’s used to.

On the Anfield clash, Ayling had this to say:

“When it first got announced it was Liverpool first I was like ‘oh my gosh, against Mane, maybe Salah coming across and Mane going the other way, oh my gosh it’s going to be a nightmare.

“Then you start the game, get into it and just do your thing. To hold my own against him was a nice feeling, it fed me with a lot of confidence.”

Going from marking Macauley Bonne (Charlton) to Sadio Mane in the space of two league games was always going to be daunting but he’s handling his maiden Premier League season with real class, that we’ve almost come to expect from a core part of this team.