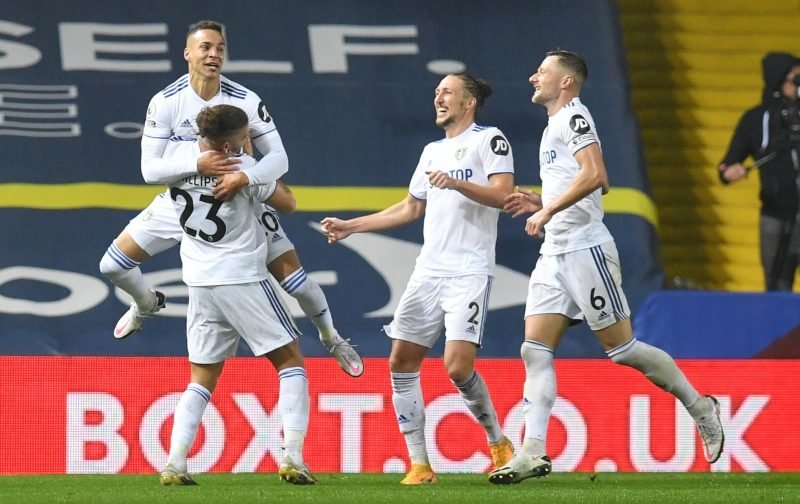 The Athletic’s Phil Hay has delivered a key fitness update on recently absent trio Rodrigo, Kalvin Phillips, and Diego Llorente ahead of the international break and following fixture against Arsenal.

Marcelo Bielsa’s methods have often come in for criticism during his career, but perhaps most scrutiny has occurred whilst he’s been at Elland Road with Leeds United.

Missing out on promotion in his first season was a dramatic failure, considering the club’s position in the top two for the vast majority of the campaign, and it began to ask the question of Bielsa Burnout.

Injuries in that 2018/19 season served as justification for the idea of burnout, when multiple key players sat on the sidelines simultaneously, but the team’s output in the back end of the season rubbished the idea.

A statistical breakdown by Twitter account LUFCDATA highlighted how Leeds created more chances in the latter stages of the season, when burnout was supposedly meant to hit the team hard.

Promotion to the Premier League seemingly looked like it would help with stress to the squad thanks to the fewer games in the season (from 46 to 38), but injuries have still piled up frustratingly.

Liam Cooper missed the opening game thanks to a calf strain sustained on international duty at the start of the season, and it’s signalled some annoying setbacks in the defence for Leeds and Bielsa.

The full-strength back four at the moment would arguably be Luke Ayling, Robin Koch, Liam Cooper, and Stuart Dallas, with Kalvin Phillips in front. We’ve only seen that back line on three occasions this season against Fulham, Sheffield United and Manchester City.

Kalvin Phillips has sat out since the defeat to Wolves in the middle of October with a shoulder injury, while we haven’t even seen Diego Llorente in action thanks to a similar calf strain to Cooper’s, also sustained away with his country.

However, after causing us problems with injuries, the international break might be doing us a favour this week by giving our squad a much-needed breather before the Arsenal test on November 22.

Leeds currently have three major first-team absentees in Phillips (shoulder), Rodrigo (isolating), and Llorente (calf), but that two week gap between games might mean we see them feature at Elland Road for the Gunners’ visit.

Phil Hay of The Athletic delivered an update on the trio, with mainly positive news to share on how they are getting on with their recoveries.

Phillips’ shoulder injury should be cleared up by the Arsenal game, with the player himself revealing he will take an injection to stop the flare up (via full-back Leif Davis on Twitch).

Rodrigo’s isolation period will be concluded with more than enough time to get back to full-speed, and Llorente will have had two weeks more to recover and regain match fitness, albeit the Arsenal game might be too soon for him to make his long-awaited first-team debut.

Rodrigo yes. Arsenal was the first game they thought Phillips might make. Llorente will depend on what Bielsa makes of his fitness