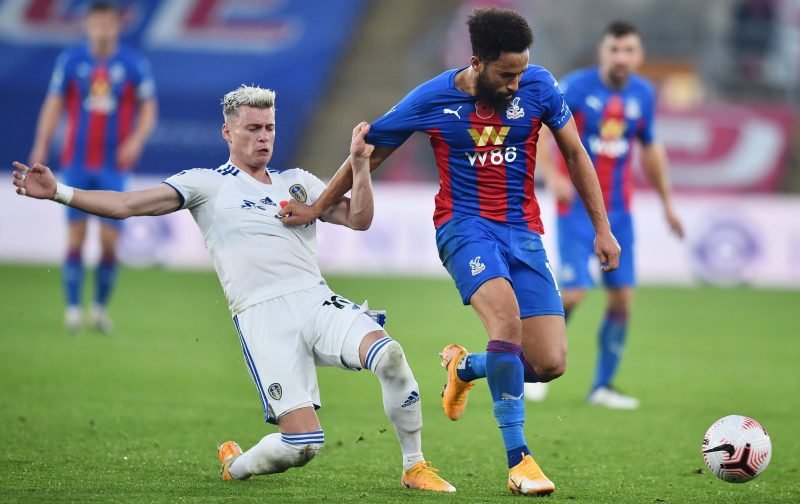 Leeds United have been dealt a frustrating blow as North Macedonia mainstay Gjanni Alioski has picked up a hamstring injury that has let him out of their trip to face Armenia on Wednesday.

The Whites currently find themselves 15th in the Premier League after back-to-back defeats before the international break, both 4-1 defeats to Leicester City and Crystal Palace.

Those two defeats had positives to take, with Patrick Bamford still amongst the goals against Palace, but with notable absentees causing major problems to the system Marcelo Bielsa wishes to employ.

The two key absentees recently have been Kalvin Phillips (shoulder) and Rodrigo (isolation), and their presences at both ends of the pitch respectively were noticeable.

With Mateusz Klich playing in Phillips’ spot against Leicester and Pascal Struijk there against  Palace, it was clear to see that the defensive structure on counter-attacks was lacking someone with experience in that role, which Phillips brings to the table.

Meanwhile in the final third, Rodrigo’s runs beyond Bamford were sorely missed as the striker became isolated and limited to very few chances in both of those games.

Those two players appear to be on their way back into the starting 11 as the club prepares for the visit of Arsenal this Sunday. Rodrigo’s isolation period is up and Kalvin Phillips stated his intentions to be back for the game.

However, we’ve been dealt another potential setback thanks to this international break.

With North Macedonia clinching qualification to their first-ever major tournament over the weekend, huge celebrations took place for Gjanni Alioski and his teammates.

However, with his nation having one more game before the return to club action, North Macedonia’s coach has delivered a frustrating update that Alioski has developed some swelling on his hamstring after the triumph over Georgia.

To Leeds fans, in the post-match press conference moments ago, the NT coach said Alioski was not able to complete yesterday's training because he had swelling on his hamstring. Thus, he will not travel to Cyprus (where Armenia game will be played) and will instead return to Leeds

With Alioski not fit to travel for the game against Armenia on Wednesday night, he’ll be due back at Thorp Arch to recover from what seems a minor injury, in the hope he’ll be back for us to play Arsenal on Sunday.