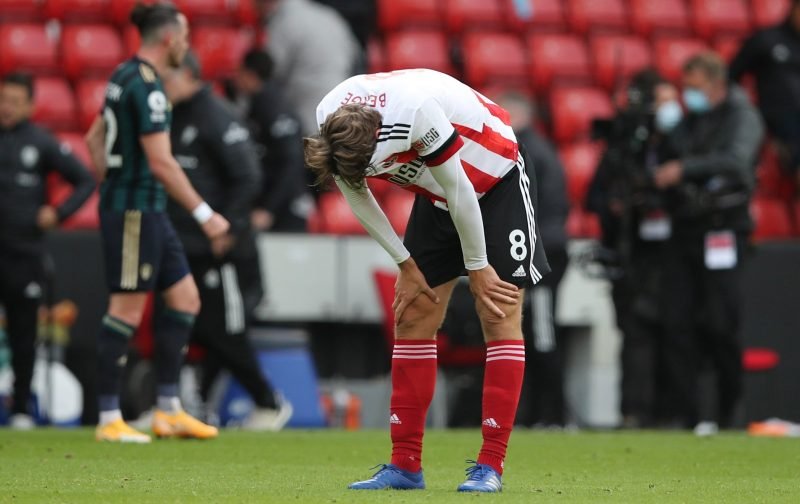 Tomorrow afternoon, at Elland Road, we will see the two best teams in Yorkshire go head to head in the Premier League. In Leeds United it will be a display of a team seemingly on the rise, whereas Sheffield United are continually capitulating as each week passes.

The demise in South Yorkshire is a stark reminder for those up in the West that they cannot afford to rest on their finely made laurels next season.

Despite making a good show of themselves in their debut season back in the topflight – just as Leeds are doing. The Blades fell guilty of getting ahead of themselves in the final stages, only to now find themselves looking at next season and how to escape the dreaded Championship once more.

Leeds however can take note from the opposite side of the dugout as Paul Heckingbottom, the man who preceded Marcelo Bielsa, fruitlessly wills his side into revival.

In terms of second season’s in the heights of the Premier League, Leeds must avoid the disaster-class on and off the field that their Yorkshire counterparts have shown.

An area the Blades have gotten so wrong this season is their transfer business. Sheffield United had the intention of consolidating by breaking their transfer record on Rhian Brewster, a hugely inexperienced and unproven youngster.

At £23m, Brewster arrived into a set up that was already struggling to create chances for him to score goals and find his feet in his new role as a first team player. Last season, they managed just 39 goals and Brewster this season has not helped their glaring problem.

For the Whites, the key acquisitions will likely come in less prominent positions than the number nine shirt. Thankfully for Leeds, Patrick Bamford has taken the topflight by storm, saving Director of Football, Victor Orta, a recruitment nightmare searching for an affordable replacement this summer.

Areas that will most likely be improved will in the form of a ‘box-to-box’ midfielder, a specialist left back, and potentially a back-up goalkeeper to replace Kiko Casilla. The importance of the recruitment will not be that a signing is made, but instead that the right man for the job comes through the door.

As many sides have shown, mid-table in the Premier League is a fragile position to hold. There is no room for stagnation, each addition to the squad is expected to improve the overall quality.

For Sheffield United and Leeds, the contrast could be found in the ambition in the transfer policy. Whereas the Blades board have acquired players against the manager’s wishes. Bielsa, while working in tandem with chairman, Andrea Radrizzani, and Director of Football, Victor Orta, has his sights set on players spread across Europe – the most prominent being the highly sought-after Rodrigo de Paul of Udinese.

Although tomorrow will be the last Yorkshire derby in the topflight for at least 18 months, Leeds look like they’ve got what it takes to buck the trend of a second season relegation set by Huddersfield and now Sheffield United.