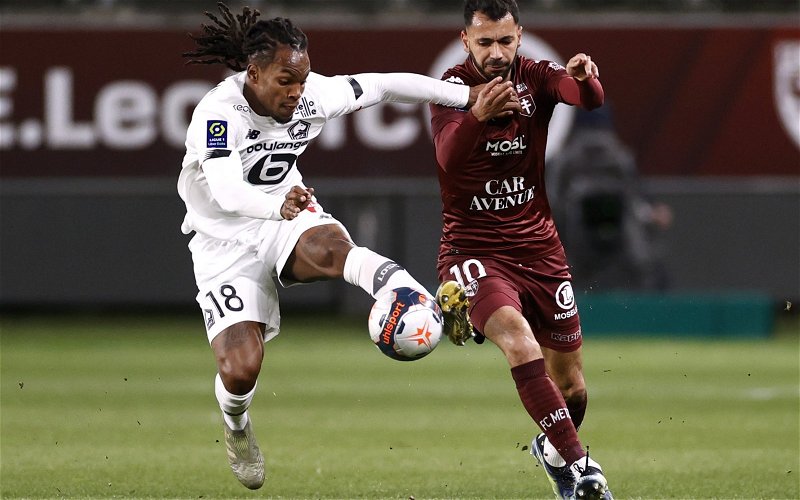 Leeds United are reportedly tracking Metz winger Farid Boulaya ahead of a potential €4.5million swoop as his Ligue 1 form catches the eye.

Our promotion a year ago means a lot of things to us fans and the club overall, but one of the most important products of climbing out of that league is the financial windfall the club is now bestowed in the Premier League.

Profit and sustainability margins are something we don’t have to plot our every move around now as we consolidate in the top flight as one of the most ‘box office teams’ in the league, boasting 24 broadcasted matches with a facility fee.

While we enjoy the increased spending power of being a top-flight outfit once again, other clubs and leagues haven’t been so lucky.

It’s common knowledge that the French Ligue 1 is facing a bit of a crisis thanks to the last year of football being played behind closed doors and television royalties suffering as a result. It led to us making arguably the bargain of the summer in 2020 by bringing in Raphinha from Rennes for a mere £17million fee. A value that he’s trebled already on one season alone.

We’ve seen what happens first-hand when a club is skint: all the best players leave for a pittance.

The latest Ligue 1 player who could be sold off is Metz winger Farid Boulaya, who is linked with a move to Leeds. French source Mohamed Toubache-TER has claimed we’re joined by two clubs in Italy and Spain, and would come in at a surprisingly modest €4.5million.

Six goals and eight assists is a solid return in the French top-flight, given that Raphinha managed five goals and three assists before we signed him.

A tricky winger, it’s easy to make comparisons between the two and say Boulaya could be our ‘new Raphinha’, but at 28 years of age, he’s not got as much time on his side as the Brazilian, despite ripping up the league on the wing with his immense trickery.

That being said, there’s a lot to like about him and if we’re looking for a cut-price deal to add some much-needed depth to our wide options, we couldn’t really find someone at better value-for-money than the Algerian.