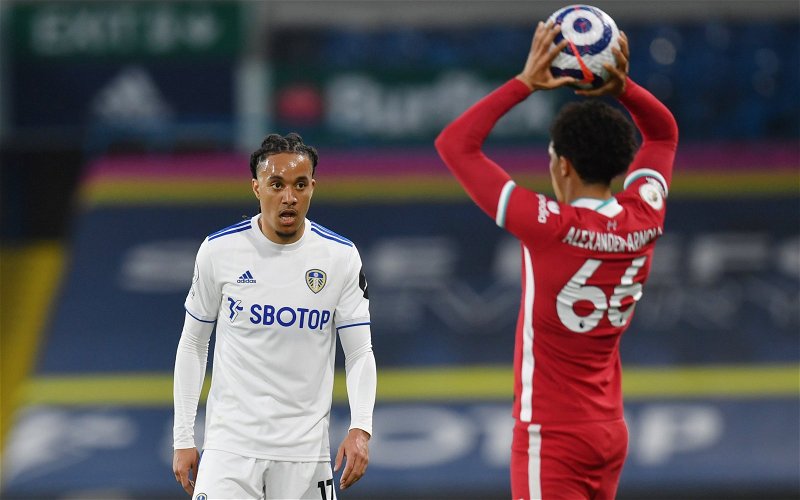 Helder Costa could be set to leave Leeds United this summer as Valencia register interest in him, and he could free up much-needed funds.

As the Whites look ahead to more transfers in the summer, there always has to be one eye on how the club balances the books with outgoings.

We managed that very well in the Championship under Marcelo Bielsa as replaceable players departed, and obviously upgraded.

The same might be the case this term as we look to go even better than a ninth-place finish in 2020/21. Junior Firpo arriving highlights the quality of the market we’re looking at right now and as he replaced Gjanni Alioski at left-back, it serves as a reminder of the club’s ambition.

We’re not here to stand still, happy with mid-table finishes year after year.

What that means in the context of our current squad is that some players are bound to be replaced as we grow, which could spell bad news for winger Helder Costa.

Having fallen behind Raphinha in the pecking order, Costa has struggled to force his way back into the lineup with resounding and consistent performances.

The Athletic have reported that Costa is subject to interest at the moment from La Liga side Valencia, and he could easily be sold in order to boost our transfer budget.

It is quite common knowledge now that Leeds are in the market for a winger, and even more clear that Marcelo Bielsa isn’t keen to have too many players in his squad, to ensure morale is at its highest at all times.

It would make a lot of sense now to allow Costa to move on for a reasonable fee that recoups a lot of our £16million that we spent on him. We could then use that to rebuild our squad and add another winger to the side that can challenge both Raphinha and Jack Harrison for a starting berth.