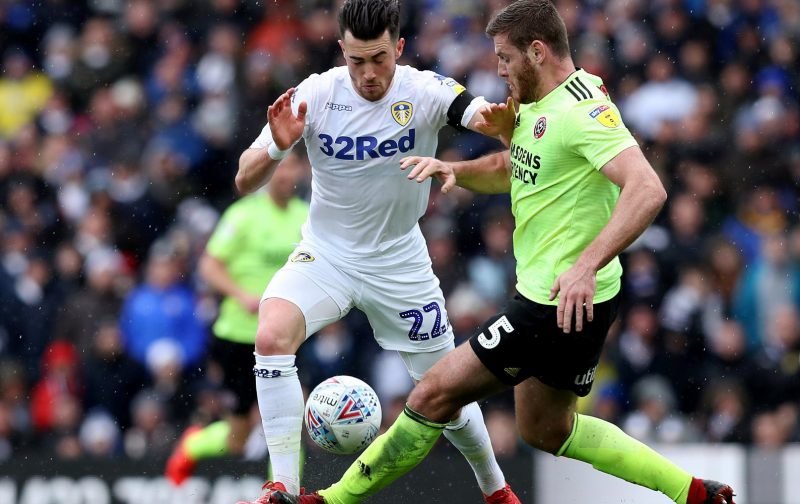 Most Leeds United fans had high hopes when we brought in Manchester City winger Jack Harrison last season on a loan spell, but it’s not unfair to say he had a mixed year when it came to his real productivity on the pitch – even though manager Marcelo Bielsa gave him plenty of game times.

“Bye Jack, Enjoy Oblivion” – These Leeds Fans See The Humour As A Claim Is Made About This Man’s Price Tag

The Elland Road faithful were certainly mixed on the 22-year-old’s contribution but like all youngsters of that age, consistency was the real problem. With plenty of speculation linking him with a return this year, fans were certainly against the reports that he would command a £20million price tag.

As the week came to a close, Phil Hay took to social media to express his belief that a loan deal would be done this weekend, and it would involve a permanent buy clause this time, although he offered up no fee.

Jack Harrison to Leeds should be done over the weekend. Another season-long loan but will include the option of a permanent move this time. #lufc

Reacting to the claim, given few would doubt Hay’s insight here, the main issue for fans was in making sure we saw significant improvement from him given the four goal and three assist return last season.

Given he already knows Bielsa and our system, you would hope improvement came naturally now.

Great move. Think of it this way: We invested so much time in him last year. With one season worth of Bielsa training methods under his belt, we will reap the rewards in this upcoming season.

He's quality on his day tbf to him, he knows the system now aswel so its a gd move imo, doubt he'll do anything spectacular but he will do a job for us MOT

Hel be better next season

Good player and will only get better in his 2nd season and another pre season under Bielsa. Couple more additions and we’re in a strong position. #LUFC

Happy about this, honestly think Harrison will make great progress this season. Some unfair criticism of him last season, showed some real quality at times and if his consistency improves, we will have a right player on our hands