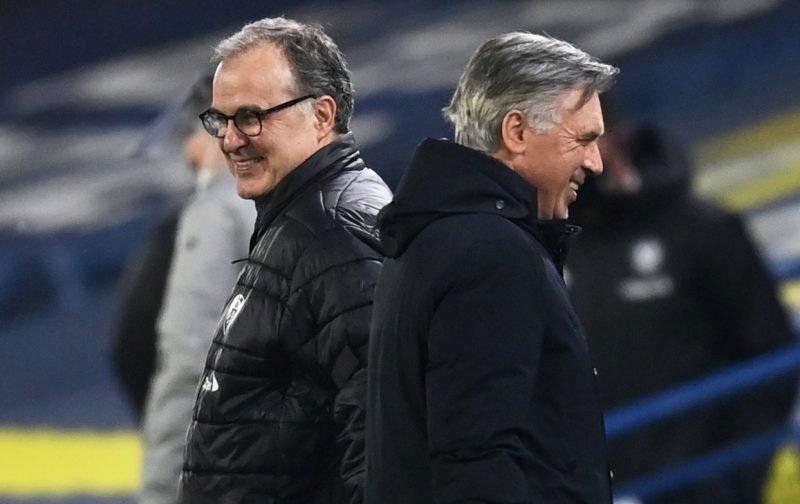 Following the departure of Carlo Ancelotti from Everton back to his former club, Real Madrid. Questions begin to be asked about loyalty in football and whether or not fans should be outlaying such trust on these figures in football.

While Ancelotti talked of a long future at Everton, he just as quickly as he joined, has now upped sticks back to Madrid.

The Merseyside club have been left without their most prized possession and in many ways, this resonates with fans of Leeds United. Under Marcelo Bielsa’s three-year reign, the transformation of not only the club but the city has been outstanding.

This summer Bielsa has already been linked with a move down south to takeover at Tottenham Hotspur. So, should Leeds fans be worrying about Marcelo doing a Carlo?

For many within football and indeed out of it, money is the key motivator. When referring to Marcelo, money is a mere footnote to his contract.

What really drives the Argentinian is the belief in a project, the belief he can mould a set of players into being able to implement his famed ferocious form of football. This is what attracted him to Athletic Bilbao, Lille, and Marseille.

The clubs he has managed also have a common theme, each of the cities have a strong identity that translates into a passionate fanbase. In presentations that Bielsa has delivered before, he has spoken about his love for football and how what makes it so special is that often those with less resources can overpower the teams who don’t have that struggle.

There aren’t many clubs in the world where everything aligns up for Bielsa. That’s why he has often had a falling out with a club or felt that his time had come to an end after only a year or two in the job.

At Leeds, owner Andrea Radrizzani has given Bielsa full control and within reason fulfilled each desire the 65-year-old may have. The harmonious atmosphere that coincides with Bielsa’s philosophies reverberates around the city as well as the club. Murals all around West Yorkshire have been painted celebrating his achievements at LS11, a sense of pride that would be nigh on impossible to replicate at a club like Spurs.

With each passing year the more Leeds fans fall in love Marcelo; the more Marcelo falls in love with Leeds. For all we know, this could be his last job in football. But there is in one thing for certain, a cat call from a big name in European football won’t be enough to sway him.