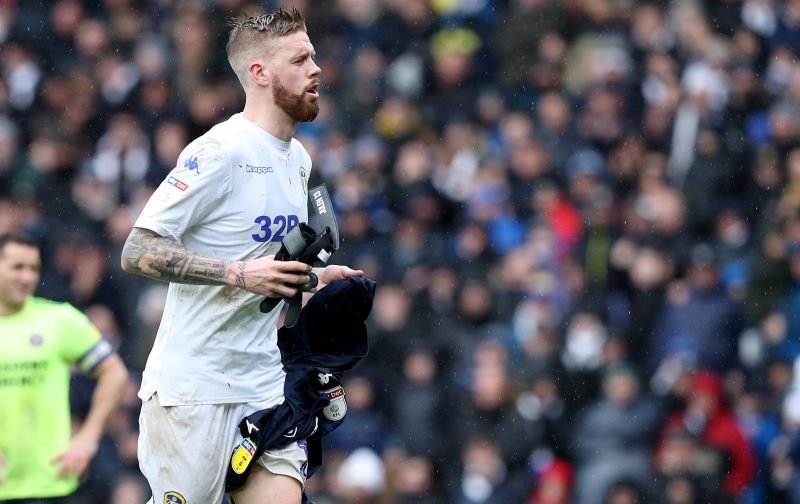 Loads of Leeds fans have been reacting on social media, after football agent John Harriott claimed Pontus Jansson is ‘very close’ to securing a summer switch to Sheffield United.

The 6 ft 3 centre-back is said to be ‘hugely unhappy’ with his life in the Yorkshire area and is looking for a way out of the Whites, with a potential move to our 2018/19 Championship promotion rivals very appealing as they are able to offer the Swedish international Premier League football.

Harriott also claims Jansson sees the Blades as a ‘much larger’ club than Leeds, but the majority of the swarm of Whites supporters responding to his suggestions have been questioning his knowledge given Sheffield is also in Yorkshire, just south rather than west.

However, while Harriott did not allude to his relationship with United boss Marcelo Bielsa, the situation between the Argentine and Jansson does appear fractured.

Reports emerged in Sweden on Tuesday claiming the 20-cap ace had been training with former side Malmo, and refused to discuss his United future when questioned.

But it was suggested the 28-year-old – who has been linked with Benfica, Wolves, Newcastle and Fulham already this summer – has been in a dispute with the boss ever since the recent term drew to a close. It also comes after unsubstantiated claims materialised suggesting Whites chiefs have instructed Jansson to stay away from Thorp Arch until the first-team leave for our pre-season tour.

Losing Jansson would be a huge problem for United if we are to challenge for promotion again next season, as his departure could leave Bielsa with Liam Cooper, Gaetano Berardi and Ben White as his only recognised senior centre-halves, after Aapo Halme completed a permanent move to Barnsley.

Unhappy with life around the Yorkshire area but happy in Sheffield, quality tweet that ????????????

So because he’s ‘hugely unhappy’ in the Yorkshire area he’s going to move to another club in…Yorkshire. Try again.