BBC Sport pundit Mark Lawrenson has lavished Leeds United with praise ahead of our trip to Arsenal, but doubts the club’s hopes in the FA Cup as the competition will not be Marcelo Bielsa’s priority.

Lawrenson feels we can easily head to North London on Monday night for our first meeting with the Gunners since 2012 and give Mikel Arteta’s side a real test, though expects our promotion fight in the Championship will be Bielsa’s primary concern.

Former Liverpool defender Lawrenson feels the pain of losing in the Play-Off Semi-Finals to Derby County last season and our previous efforts to leave the second-tier for top-flight football will be playing in the mind of the boss, and doubts the Argentine will want to add a cup run to the mix.

“I love watching Leeds play and they are good enough to give Arsenal a test too,” Lawrenson noted in his column for BBC Sport.

“But they have seen previous promotion challenges fade in the second half of the season and I don’t think Marcelo Bielsa will want a cup run.

“Leeds will still come and have a go at Emirates Stadium, but I don’t think they will do it with their first XI.”

Should Bielsa play a second-string side vs Arsenal? 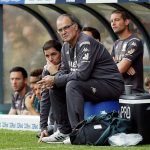 We have been eliminated in the Third Round of the FA Cup in six of our last nine seasons, and our last two terms, while the 2012/13 and ’15/16 campaigns returned our best run in the competition during that period, having reached the Fifth Round.

Arsenal, meanwhile, were eliminated in the Fourth Round of the FA Cup last season and the Third Round in ’17/18, having won three Finals and reached the Quarter-Final twice in their previous seven attempts.

The Gunners are also unbeaten in their last six encounters with Leeds, having won on five occasions and were held to a replay in the 2011 FA Cup Third Round before triumphing 3-1 at Elland Road.

In other Leeds United news, an agent has confirmed the club have lodged a bid for a 5 ft 10 centre-forward.