For a number of months now there has been one story on the rumour mill that won’t go away at Leeds United and that is the potential investment/takeover by QSI and Nasser El-Khelaifi.

Andrea Radrizzani has addressed the speculation himself on a few occasions and most recently set the cat amongst the pigeons with his comments in mid-October.

A report this week in French outlet L’Equipe brought the speculation back to life as they had a QSI source confirming that talks had been ongoing for ‘months’ and although progress was slow, there was some expectation that things might speed up a little bit in the coming weeks or months.

Hardly earth-shattering stuff for the rumour mill, but there did seem to be confirmation that Radz’s asking price would be in the 60-80million Euro range. 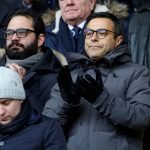 QSI All The Way 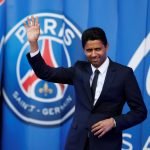 Naturally fans were a little bit excited by the news as plenty always jump to instant investment into the first team squad, but that’s not necessarily how Financial Fair Play operates, but that jump is understandable.

Andrea Radrizzani would be silly not too let QSI takeover Leeds, if he wants what's best for the club then make the right decision.. Leeds United could really go places.. #lufc #mot

If anyone doubts QSI’s CV then relax , we will literally be part owned by a government
Champions League wouldn’t be far fetched at all in the future #lufc #qsi

QSI BABY SHOW ME THE MONEY

He has no option but to sell in the summer whatever he tells you. If he wants his profit from this club he has to sell he can't afford to run us especially if not promoted