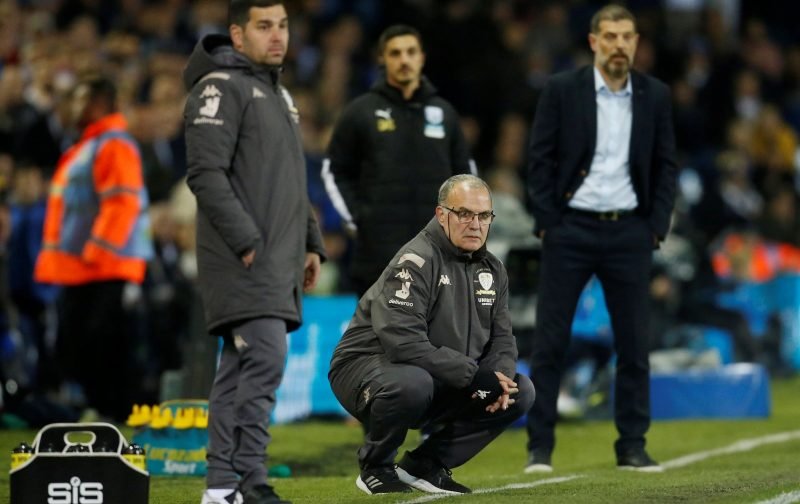 Leeds United owner Andrea Radrizzani has confirmed in an interview with Gianluca Di Marzio that Marcelo Bielsa has not yet requested permission to return to Argentina amid the coronavirus pandemic.

The escalating COVID-19 crisis saw restrictions put in place to limit travel in the United Kingdom, with Prime Minister Boris Johnson confirming on Monday that people may now only leave their homes for “absolutely necessary” journeys.

There have been more than 8,000 cases of coronavirus and more than 420 deaths confirmed in the UK, although the actual number of cases is expected to be much higher.

With Bielsa’s family still living in Argentina, the potential for the boss to request permission to fly home is on the table after the country entered into a countrywide lockdown last Friday in hopes of stemming the spread of the virus.

The UK government currently advises against all but essential international travel, including to Argentina, where the pandemic has thrown the country’s debt strategy into disarray and sparked fears over an even deeper recession.

Bielsa is yet to request that he is allowed to leave the country and return to his family, though Radrizzani would sanction the decision if the boss were to decide he wishes to go.

“He has remained in England for now,” Radrizzani said. “He has not asked to return to Argentina; until a few days ago in England everything was operational.

“However, we will talk in the next few days, I will leave him the freedom to decide whether to stay or go to the family.”

Chelsea confirmed to Sky Sports News earlier in the week that they had given Willian permission on compassionate grounds to return to his family in Brazil, though would be treating each player’s situation individually if further similar requests were made.

Radrizzani is clearly looking at the bigger picture by giving Bielsa the freedom to decide what he wishes to do, and that is not to say our owner is writing of the season.

“Health comes first and football can wait,” he added. “There is a global crisis that has affected everyone, even mentally. The priority is to restore balance and normality in everyday life.”

All English football is currently postponed until, at least, April 30, although doubt remains if – let alone when – the season can resume, with Steps 5 and 6 of Non-League football already cancelled by the FA.