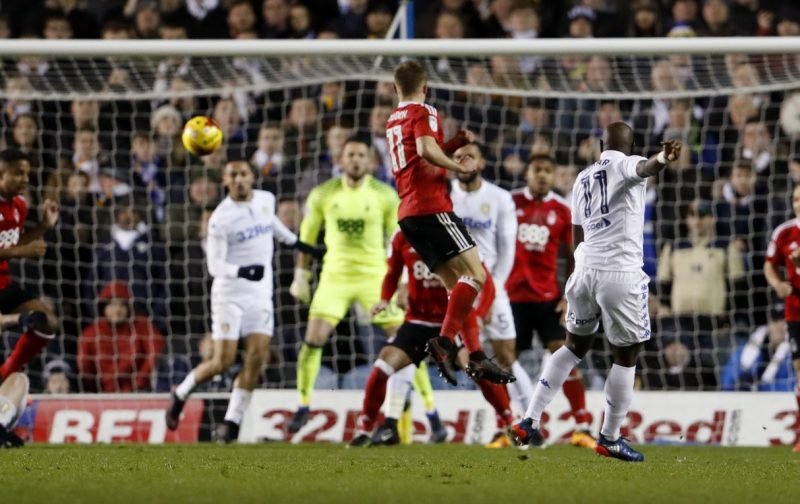 A few Leeds United fans have been reflecting on Souleymane Doukara’s “iconic” goal against Nottingham Forest from 2017.

The Whites swept aside the City Ground natives when they visited Elland Road three years ago, as Garry Monk’s men bid to keep the pressure on top-two duo Newcastle United and Brighton & Hove Albion.

Beating Forest moved United back into third, but the adulation was not heading Monk’s way that day, as all in West Yorkshire were left “in shock” at the “ridiculous” goal Doukara had unleashed.

“I don’t think you’ll see too many cleaner or better strikes this season than that one,” Monk was quoted by The Telegraph as saying at the time. “It was important as well, that second goal gave us a bit of breathing space. It was a fantastic goal.”

Doukara had only just come on as a second-half substitute for Stuart Dallas before he would send the ball crashing into the back of the net from 20-yards out, and would go on to end his time at Elland Road with 18 goals in 93 games for the club.

The current Saudi Professional League striker joined Leeds from Calcio Catania for £2million in 2014, and his goal against Forest still has the ability to take some supporters’ breath away.

Never experienced a more subdued celebration in ER than i did that night. Everyone was just in shock https://t.co/4h5hq3BkeI

This goal will never not be ridiculous. I genuinely just stood there hands on head in shock going “right how’s he done that then?” https://t.co/PM0HinpkaB