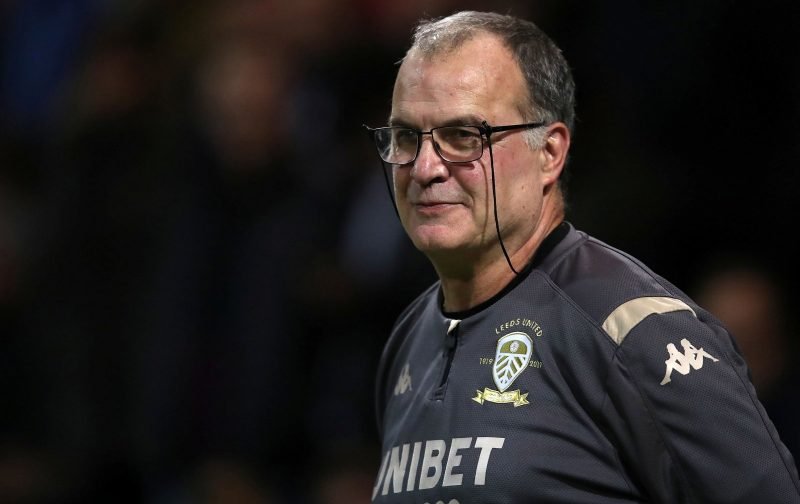 Leeds United are ‘confident’ Manchester City winger Ian Poveda will be heading to Elland Road after a breakthrough in negotiations, according to Football Insider.

Poveda had been welcomed to Thorp Arch last week for a tour of our training facilities, with club chiefs doing their utmost to convince the 19-year-old that a move to West Yorkshire would be the best step for his novice career.

The London-born attacker is out of contract at the Etihad Stadium this summer and had been linked with a potential move to Italy, after he attended Torino’s 1-0 win over Bologna and fellow Serie A sides Parma and Sassuolo were later named.

Leeds chiefs are keen to have Poveda sign a contract in West Yorkshire, as the club see the talented prospect as someone who can instantly step into Marcelo Bielsa’s first-team fold and occupy to the void left by Jack Clarke.

Talks with Poveda and his representatives at Thorp Arch are said to have been positive, and that personal terms were agreed with the alleged Celtic target.

Poveda has taken a few days to mull over the offer one last time, but is now thought to be ready to commit his future to United and begin the next chapter of his career by aiding our bid for promotion into the Premier League.

While Leeds are said to have scouted Poveda extensively over the past year, he will still be arriving at Elland Road relatively unproven having only made one first-team appearance for Manchester City.

But his exploits with the Sky Blues’ academy clearly left a glowing impression on Bielsa and his scouts, and only time will tell if Poveda will be able to adapt to the Argentine’s system fast enough to help us secure top-flight football.

Poveda has scored three goals this season in 11 appearances across all competitions, each coming as part of the Citizens’ U23s during their efforts in the Premier League 2 and UEFA Youth League.

The four-time England U20 international is the same age as Clarke at 19, and will likely have a point to prove after failing to make the grade in Pep Guardiola’s plans.

In other Leeds United news, the club have been linked with a €10million, 18-goal forward but appear to have missed out on his signature.