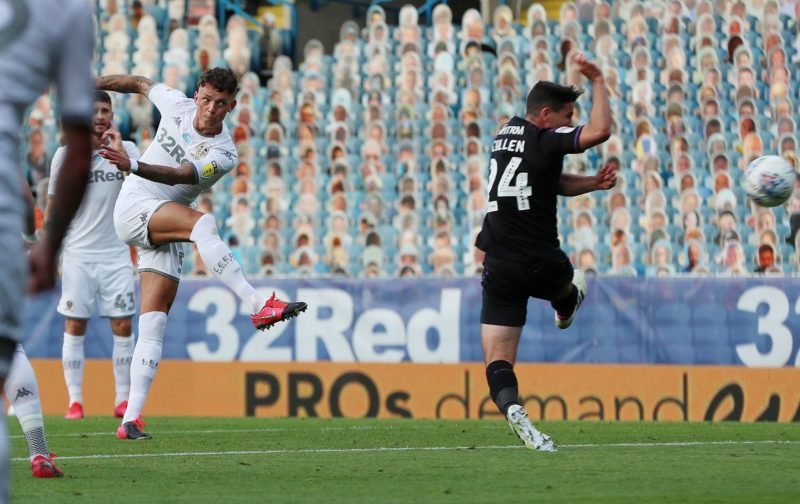 Leeds United ended an unforgettable season in perfect style on Wednesday night, as they thrashed Charlton 4-0 at Elland Road.

The already crowned champions were in mood to help their relegation threatened visitors, with Ben White, Stuart Dallas, Tyler Roberts and Jamie Shackleton all getting on the scoresheet to condemn the Addicks to an immediate return to League One.

That White should get on the scoresheet seemed particularly fitting, given that was his first goal in the final game of a campaign that has seen him play every single minute of Leeds’ league success, and he did it in some fashion as well.

Controlling a headed clearance with his chest on the edge of the Charlton area, White then unleashed a thumping half volley which was simply too strong for goalkeeper Dillon Phillips.

Taking to Twitter to react to that goal, plenty of Leeds fans were not surprisingly delighted to see White’s effort, with many identifying it as further evidence they must look to make his move permanent when the transfer window reopens.

Here, we take a look at what some of those supporters had to say about White’s effort.

The perfect way to end a perfect Season!!

That’s just added another £5-10m on his price tag

What a time to score it on what could be his last appearance for Leeds, if it is, Ben thank you so much for your massive contribution to our success. Hopefully we will see u at Elland Road next season