‘Only one of those would be able to make the step up, kamikaze dealership’ – Leeds fans question contract renewals 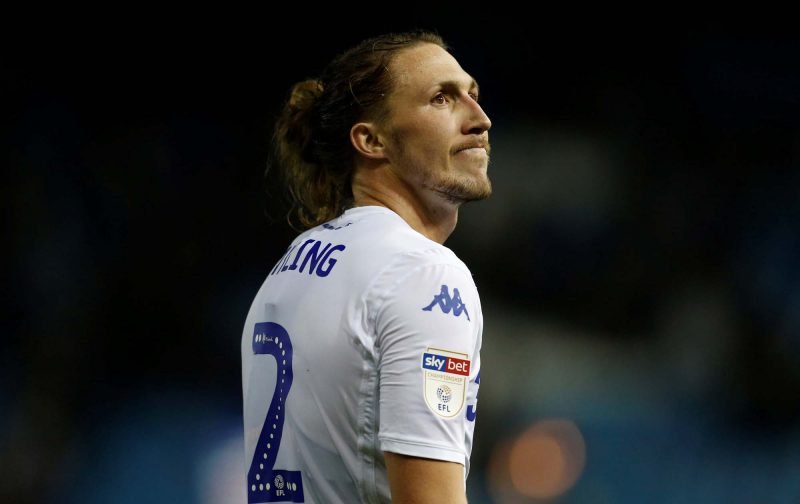 As United defender Luke Ayling signed a new long-term deal with the club this week, hot on the heels of Liam Cooper, Kalvin Phillips and Stuart Dallas doing likewise, the club look to be tying down and securing key components of their team.

28-year-old Ayling, a regular at right-back over recent seasons since joining from Championship rivals Bristol City, is a popular figure amongst ‘Whites’ fans and offers Bielsa good versatility, having filled-in in central defence and at left-back when necessary.

The former Arsenal youngster has joined fellow first-team regulars Liam Cooper, Kalvin Phillips and Stuart Dallas in committing his future to the club as they target promotion to the top flight once more.

The news of Ayling’s new contract – alongside that of his colleagues – drew a very underwhelming reaction from supporters however, who, though they value the input the quartet have had on the side over recent times, feel that only Phillips is capable of playing in the Premier League and a certain lack of ambition is being shown by the club in this case. As the news broke on Twitter, here’s what was said:

this is just planning a long life in this league…

ready for life in championship

Only one of those would be able to make the step up. Kamikaze dealership #Lufc

Love how we’re planning for a future in the championship. That’s the spirit

The despondency, though a little surprising, is clearly evident in these fan’s tweets.

Why are we doing this ? Personally think only philips is to playing in prem or are we building for another season in championship?

More good news, none of them, maybe Phillips, are good enough. Same squad , same results, maybe we don’t want to go up ? With that lot you can guarantee we won’t

Some people don't see it at all.
We go up we can sell these players at a good price now under contract. We miss out, we still have the nucleus of a good championship squad. Let's drop the negativity and make Elland Road hell for west brom tonight.
We are going to do this!

Many United fans seem unsure of the message being sent out with recent contract renewals, while others see it as good long-term planning in terms of selling players on in the event of promotion to the Premier League.