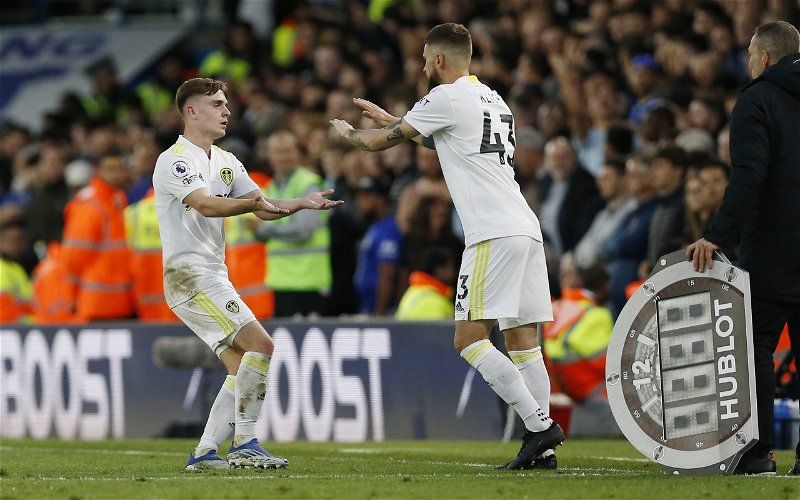 Posted on the official club website and on their Twitter account, Leeds United have announced the departure of Lewis Bate, on a season long loan to Oxford United.

The 19 year old will spend the season at the Kassam Stadium, to gain valuable first team action. Much in the same way as Charlie Cresswell joined Millwall a few weeks ago. Oxford United have challenged for a play-off place in the majority of seasons recently and have regularly spent time at the top end of the table. With Leeds bringing in reinforcements in the midfield area, Bate would have seen himself pushed further down the pecking order, so maybe some time on loan to guarantee minutes and gaining valuable experience will stand him in good stead for the future.

📰 Good luck to Lewis Bate, who joins Oxford United on a season-long loan

Lewis Bate joined Leeds in 2021 and initially linked up with the U23’s, but after some impressive displays he was given the opportunity in the senior side. He made his Premier League debut for the Whites by contributing towards a memorable victory for the club away at West Ham United in January, which would go on to prove a vital three points in the battle for safety.

He will now join an Oxford side that finished in eighth place last season, narrowly missing out on the Play-Off positions. In the two years prior, they finished inside the Play-Offs on both occasions but were unable to secure promotion to the Championship.

A club statement said “Everyone at Leeds United wishes Lewis the best of luck as he aims to continue his development in this loan spell at Oxford United.”

What do fans think, is it a good move by the club to loan out Bate or would you have liked to see him feature for the first team this season? Let us know in the comments.

Are you a Leeds expert? Try our quiz.