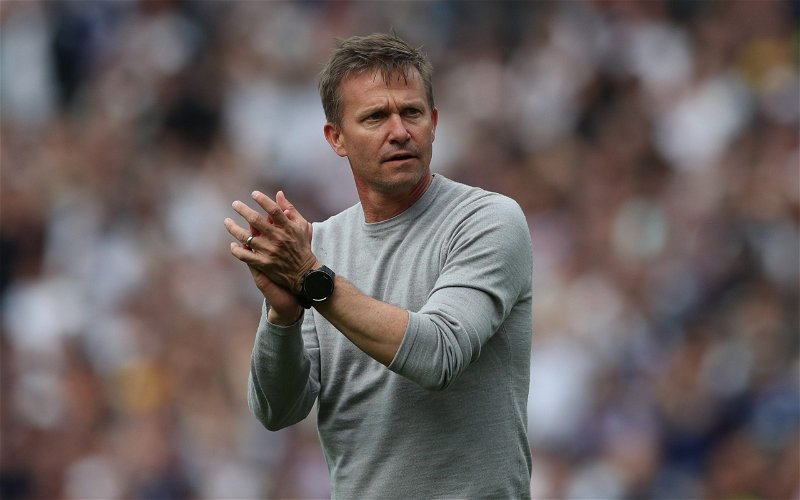 Leeds United coach Jesse Marsch has spoken to the media this afternoon, and Leeds official on Twitter have the key points.

Leeds face Wolverhampton Wanderers on Saturday August 6th as the new Premier League season gets underway. It will be Leeds United’s third season in a row in the top flight since Marcelo Bielsa and his team achieved promotion from the Championship.

Jesse Marsch, talking about the threat Wolves pose to his new look side he said “A big challenge, but one we’re excited for. They have an incredible player pool, fit together, defend really well and can unbalance you with the way they move the ball.”

Marsch added on pre-season “We’ve made incredible progress in the last six weeks. We’re going to see a better version of what I would like us to be on matchday.”

You can watch the full press conference here:

Marsch has confirmed the club are still trying to bring in new faces and is confident at least one new addition will be in by next weekend.

Who will miss the match this weekend? Dan James will miss out as he is still suspended for one game after the red card against Chelsea at the end of last season. Liam Cooper is still out after injuring himself on a treadmill, although he has been doing individual work on the pitch but will still not be ready for Saturday. Junior Firpo has undergone a scan and is ahead of schedule but is still two or three weeks away. Adam Forshaw has made good progress with his knee injury, and should return to training next week. Luke Ayling has made great progress after surgery and is ahead of schedule, hopefully in training in a couple of weeks. Luis Sinisterra was on the pitch and is near top speed, he will be back in training next week, and available for the week after. Stuart Dallas has had a couple of check ups and he is right on track.

Leeds will be hoping to start the season on a positive note and get a good result against Wolves. What do fans think, can Leeds start the season with all three points? Let us know in the comments.

Are you a Leeds expert? try our quiz.