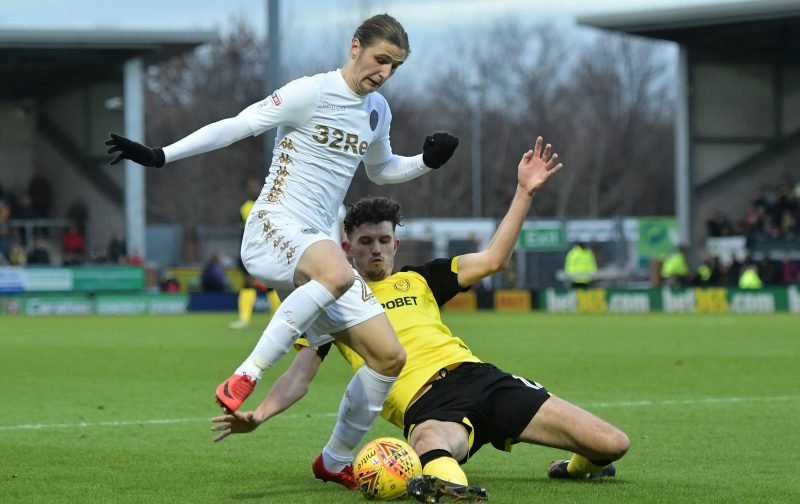 Leeds are a couple of weeks away from having to make a pretty important decision.

According to Swedish media outlet Fotbollskanalen, Jimmy Thelin the manager of IF Elfsborg has signalled his intention to try and sign the 25-year-old once his loan spell comes to an end at the end of this month.

He said: “Number one is that it is not our player, then you can try to negotiate and so on. He has been very important to us. Right now he is a Leeds player and then we see what happens next.”

Cibicki has enjoyed a relatively successful spell in Sweden, certainly better than he was going at Leeds, as he’s managed to get 4 goals and one assist this season as Elfsborg find themselves in midtable.

The question that comes out of this is though, is he worth bringing brought back into the fold by Marcelo Bielsa? Or should he be allowed to return to Sweden?

Leeds have already got a couple of players that can play through the middle, most notably Patrick Bamford and Kemar Roofe, who both returned excellent goal hauls last year, netting nine and fourteen respectively. However if for any reason they are injured or suspended, then it falls to Tyler Roberts to pick up the slack, but after that, they’re a little baron in that department.

Should the responsibility then fall on the likes of Cibicki? Or if the worst comes to the very worst, should Bielsa put his faith in the academy players, like new signing Rafa Mujica?

Hopefully, you don’t get to a stage where you are relying on your fourth choice forward to win you games, but it’s still a debate that needs to be had. As the saying goes, you’d rather have it and not need it, than need it and not have it.

I think Leeds need to keep him, predominantly because of his use in other areas. As well as predominantly being a centre forward, he has also been utilised on the wings, so it would be nice to have him around as a utility rotation player, in case any of the wide men find themselves out of action as well.

And with a value of £810k, there’s not a lot of manoeuvring you can do with that sort of money if you reinvest, better to keep him and hope he gets a couple of goals here and there to help Leeds get promoted. You just hope that his time abroad has helped him find out where the goal is.