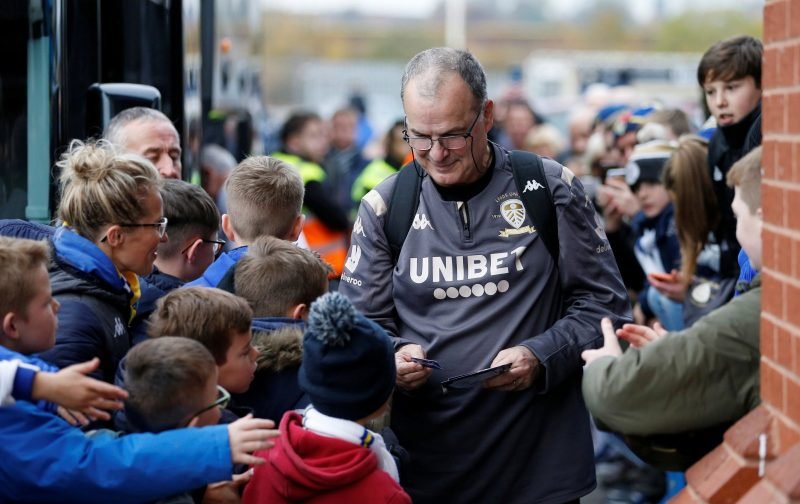 I feel like I should really be telling these two to get a room.

Given the amount of praise that he has shone down upon him in the past, it’s no wonder that he should be saying something like this.

There appears to be a little bit of a partnership growing between Manchester City and Leeds United in these past few years, and it’s all come down to their friendship. Not only have they been kind enough to send us Jack Harrison, but now they’ve also sent us Ian Poveda in our attempts to get back into the Premier League.

And by the sounds of it, that kind of partnership could continue if things stay the same at both clubs.

Speaking after his sides 4-0 victory over Fulham in the F.A Cup, Pep Guardiola was asked about his decision to send Poveda to Elland Road, and he explained exactly why he allowed Poveda to come to Elland Road, claiming that Bielsa was ‘one of the best, or maybe even the best manager in the world’.

Words that really struck a chord with the Leeds United fans, who took to Twitter to swoon over the City boss and his comments, using it as a real testament to just how good a coach Bielsa is.

Praise indeed from Pep to say that about our manager.

Loving the flirty little look at the end.

@MackaC98 Some praise from Pep about Marcelo Bielsa 😀

I’m starting to like pep a hell of a lot. He’s got a lot of respect for marcelo and Leeds and it’s actually nice to see someone of that calibre praise us

Pep again talking about Leeds & Marcelo. When we get back up.. boom. We will be bigger than we’ve ever been. Leeds will rise, just a case of when.

Will Poveda influence our promotion challenge?

Now, let’s just hope we get promoted so that he’ll stick around to let this partnership continue.