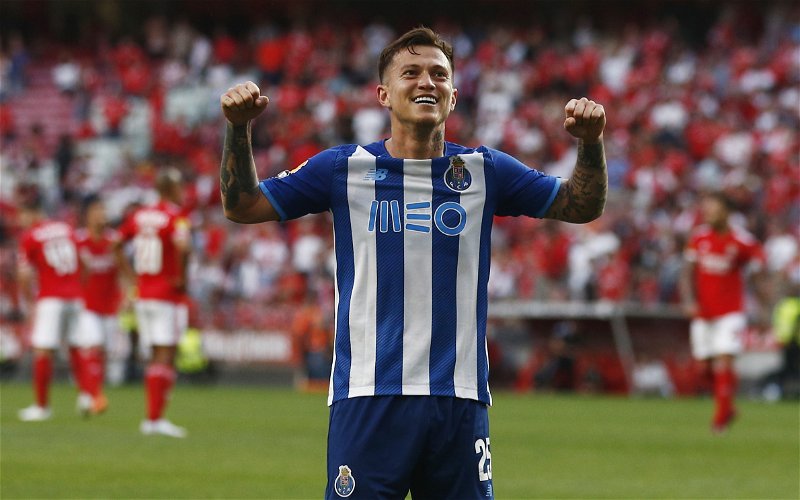 Leeds United have been handed a huge transfer boost amid ‘interest’ in Porto winger Otavio as per LeedsLive.

It appears Liverpool are not going to follow up on their initial interest in Porto winger Otavio, and that could mean the door is open for Leeds to submit a second offer.  It was believed Leeds initially made a €30m bid, which was turned down by Porto.  It has also been reported that the Porto ace has a release clause set at around €40m.

Otavio, who turns 27 in February seems to be at the pricier end of the market for Leeds, and it looks like they will be waiting for the situation with Raphinha to be resolved before they make any decisions on bringing in another winger.  Leeds already have options on the wing with Jack Harrison, Dan James and Crysencio Summerville all naturals in the wide positions, and with the Whites transitioning into a Jesse Marsch 4-2-2-2 formation, that is a more central, direct style of play, are wide options really a priority?

There is no denying Otavio’s quality, and wealth of experience but Leeds need someone who can score goals.  That was evident last campaign when they struggled in front of goal for most parts of the season.  They missed key players through injury and it is clear this season they are trying to really thicken out that squad so it doesn’t hurt their chances of a top half finish again.

Otavio has over 150 appearances for Porto but with only 14 goals, is he really what Leeds need right now? It seems a lot of money for someone with no experience in the Premier League and the Yorkshire club ideally need to be bringing in proven players in this division.  That has shown with players like Rodrigo, with Leeds spending good money on someone who hasn’t set the league on fire.

What do the fans think? Is Otavio worth the money? but even more so, is he worth the gamble?

In case you missed it: Leeds to come back with second bid