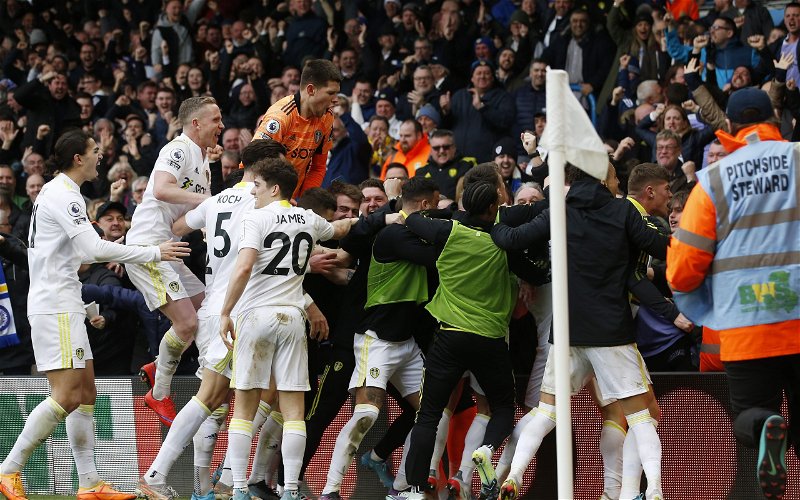 A club statement read ‘Everyone at Leeds United is delighted that three such talented and hard-working professionals have decided to commit their future to Leeds United, where they will now continue their development under the guidance of Jesse Marsch and his coaching staff.’

Joe Gelhardt signs a 5 year deal taking him to 2027, and Director of Football Victor Orta said “Re-signing Joe is an important moment for us this summer. He is the kind of player that can change games, and the fans know this too”

“We’ve already seen some magical moments from him last season, none more so than the assist for Pascal’s goal in the last minute against Brighton, or his goal against Norwich. We believe that Joe can go on and have an amazing career and we are delighted that he’s committed his long-term future to us.”

Sam Greenwood sings a 4 year extension taking him into 2026. Victor Orta gave his thoughts, saying “We are delighted to see Sam sign a new deal with the club.”

“We knew when we brought him here from Arsenal that he was a top talent. He went on to impress in the Under-23s and finally up in the first team, showing a lot of versatility. We look forward to watching his career unfold at Elland Road.”

✍️ #LUFC is delighted to confirm that Joe Gelhardt, Sam Greenwood and Crysencio Summerville have all signed new long-term contracts

Crysencio Summerville also pens a 4 year deal taking him to 2026 and will be given the number 10 shirt, a big statement from the club. Victor Orta said “Crysencio is an exciting talent. We have seen what he can do in the Under-23 setup and this year is his time to kick on and deliver in the first team.”

“I strongly believe he can become an important player for us. Now is the time for him to focus and work harder than ever to force himself into the team and stay there.”

All three youngsters have worked their way through the system at Elland Road, playing for the U23’s and gradually moving into the first team set up. This could prove to be a big season for all three and fans will be excited to see their progression into the first team even more in the future. A big statement from the club today, securing three talented, young players on long term deals.

The future is bright for the Whites.

What do fans think? Are you happy Leeds have tied the players down on long term deals? Let us know in the comments.

Up Next: Jesse Marsch on transfer plans.