Leeds have more of a chance of signing £26m star 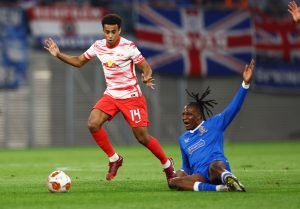 Leeds United have ‘more of a chance’ of signing Tyler Adams than Weston McKennie this summer, says Jacque Talbot as reported by GiveMeSport

When asked by GiveMeSport if he could envisage Leeds showing an interest in McKennie, Talbot confirmed he could, but thinks Adams was perhaps a more likely target.

The whites coach Jesse Marsch is looking to add players to his squad to ensure they have enough to see them through another season in the top flight, and after narrowly avoiding relegation last term, he will want to ensure it doesn’t happen again.

Injuries in key areas saw them struggle for most of the season with Patrick Bamford, Liam Cooper and Kalvin Phillips missing massive parts of the season and then to add to the long term injuries, Stuart Dallas suffered a horrific leg break in the game against Manchester City as well as Luke Ayling undergoing surgery at the end of the season.

Leeds have always been linked with players, whoever is on the market somehow ends up connected to the club in some way.  This transfer window is no different, Jesse Marsch has already utilised his links from the Red Bull network in tying up Brendan Aaronson and Rasmus Kristensen, and now another two of his compatriots are on the radar. 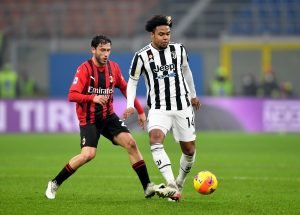 Americans Tyler Adams, another from the Red Bull Salzburg network and Juventus midfielder Weston Mckennie, have both been on the radar for a while. Leeds have been keeping a keen eye on McKennie and tracking his progress since before Christmas, but it looks like they will move to secure Adams’ signature if Kalvin Phillips leaves the club.

Whether Adams has the ability to adapt to the Premier League though is another matter.  He is a good disruptor of opposition play and is strong in the tackle, but his ball carrying skills and his link up play from midfield to the attack need to be worked on.  He would certainly be a good squad player, but as a replacement for Phillips, and with a hefty price tag, the jury is still out on this one.

Up Next: Who could replace Phillips?