Who could replace Phillips should the midfielder leave? 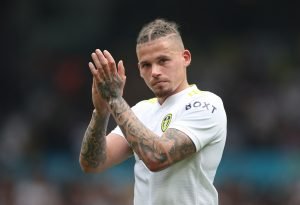 If the reports are true and Kalvin Phillips is on his way out of Elland Road, who should Leeds replace him with? It is clear to see how pivotal Phillips is to the Leeds midfield, and even purely based on games won and lost, with or without him in the side, he is certainly a big player for the whites.

Many reports have surfaced since the season ended claiming that Phillips would be leaving, with Manchester City and lately Paris Saint-Germain rumoured to be showing an interest. As it stands now, no formal approach has been made by any club for Phillips, but the interest is certainly there.

Leeds would have to bring in a midfielder almost instantly if he were to leave as they are already low on defensive midfield options.  Leeds moved to bring in Marc Roca from Bayern Munich but with only Adam Forshaw, Mateusz Klich and either Robin Koch or Pascal Struijk moving into the midfield, it’s clear they would need a replacement.

A few players have been linked with moves to West Yorkshire but nothing concrete has been confirmed or any bids submitted. Tyler Adams, Romeo Lavia and more recently Sander Berge have all been linked with possible switches.

Tyler Adams is a good strong tackler but his play on the ball, in my opinion, isn’t up to the standard needed for the Premier League. Romeo Lavia is a great young footballer, but that is where the problems lie, another youngster in the squad when Leeds need more experienced players to steady the midfield. 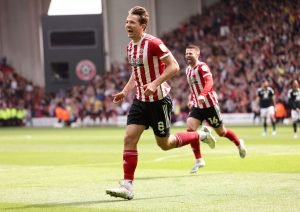 Sander Berge seems the most favourable option, experienced, intelligent midfielder who is strong, physical and capable of linking the midfield to the attack.  At 24 he has racked up over 170 club appearances and been capped 30 times for Norway.

This is all speculation, of course, but if Kalvin Phillips left the club, the board would need to find a suitable replacement very quickly, and it would have to be a player who could slot straight into the side and hit the ground running.

Who would be your ideal replacement if Phillips leaves?