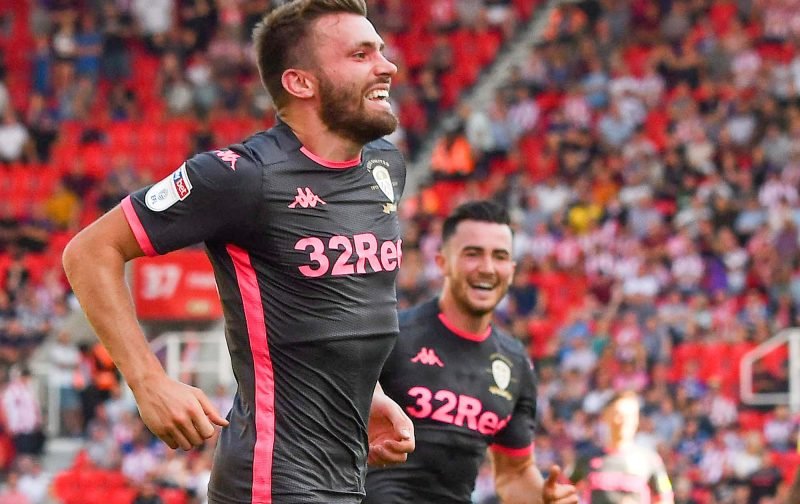 That’s one of the stranger headlines my tiny brain has thought up for a long time, but it seems apt as Leeds United manager Marcelo Bielsa spent part of this week’s pre-Millwall press conference talking about the relative merits of Stuart Dallas.

Dallas split the fanbase for a long time, undoubtedly not helped by his versatility as he filled in at a variety of positions as injuries hit, and it’s definitely been the same under our Argentine gaffer. So far in the 2019/20 Championship campaign, the 28-year-old Northern Ireland international has played in six different positions, and he’s excelled this year, coming in for plenty of praise for his efforts.

Speaking to the media on Thursday as we continue our build-up to the next clash with top spot in the second tier again potentially up for grabs, Bielsa was asked about Dallas’ contribution so far this year, and he couldn’t have been more full of praise.

???? | Marcelo on Stuart Dallas: "It's not usual to find one player like him. He can play on both sides, he has the agility of a winger and is powerful as a defender. Technically he is a complete player." pic.twitter.com/0MDL9mLzVE

With plenty of praise and support going his way this year, fans reacting on social media were well on board with what the gaffer had to say.

Player of the season so far…..

One of the first names on the team sheet now and a great fella too. He’s earned his stripes at LUFC. Great player

Always was a solid player but his transformation under Mr Bielsa is nothing short of outstanding. Top top player and cracking lad too!

Its mental how harsh the fans are about some players