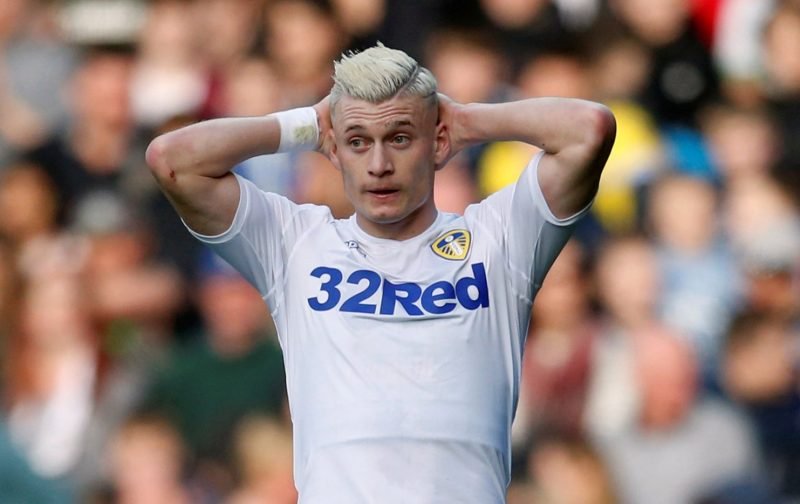 With Leeds United getting back to winning ways on Tuesday evening as we took a 1-0 victory over then Championship table toppers West Bromwich Albion, it was the perfect way to put recent disappointing results behind us – especially as we had less possession compared to normal.

One player who certainly came out of the game having earned his plaudits was our mad little Macedonian, Ezgjan Alioski, as he put in a Man of the Match performance and scored our winner on the day.

With manager Marcelo Bielsa now regularly shifting the 27-year-old out to the left side of defence, plenty of Leeds fans have already commented the position suits him and seems to get the best out of him – whilst nullifying his tendency for running offside – and we saw that to good effect in the last match.

Former striker and now pundit, Noel Whelan, has certainly been won over by his defensive efforts, saying recently that having had misgivings about Bielsa’s choice, there has been steady and constant improvement from the player.

“He’s winning me over. He still needs to really work on his positioning and tackling. He goes to ground too easily and is a bit reckless. He’s been a calamity at times. Barry Douglas is a better defender, but Alioski is better going forward. The way Bielsa plays – on the front foot – ability going forward is more important to him. Bielsa likes to get his full-backs nice and high, they’re almost wing-backs the way the team is set up. That suits Alioski, who can create and score goals.”

He’s certainly become a more reliable option with Douglas being hit with injury, but if he keeps performing like that, his first team spot is his to lose.