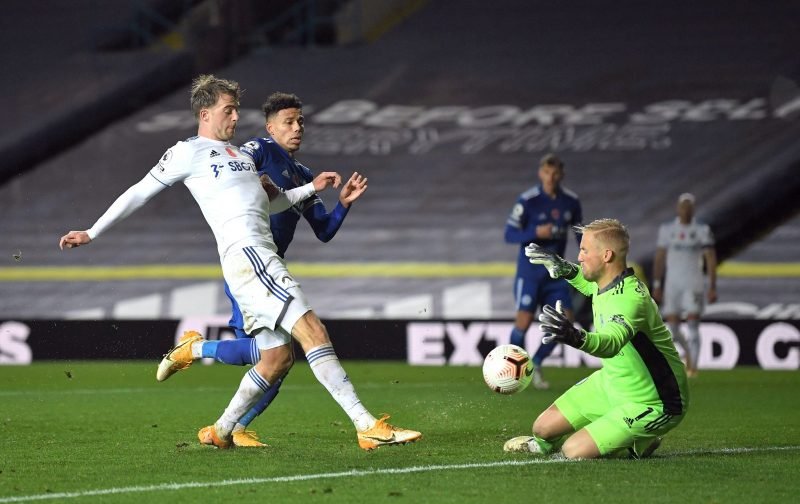 Former Leeds United manager Simon Grayson has opened up on the club’s sale of Kasper Schmeichel to Leicester City back in 2011, claiming that the transfer was completely out of his hands.

After relegation in 2004, Elland Road has seen more than its fair share of controversial ownerships, with one of them being Ken Bates who took full control of the club in May 2011, just before the sale of the Danish stopper.

Bates’ tenure in charge of the club still reeks to this day, with the squad asset stripped for peanuts while little financial return was evident for reinvestment.

Andrea Radrizzani has since restored pride in the club with careful investment in the club on the way to promotion, plus rebuilding the foundations such as purchasing Elland Road.

Promotion to the Premier League has rid the club of the ghosts that haunted them for 16 years with such bad ownership but constant reminders look around every corner of where they’ve come from.

Leeds’ last two games in the league were damning 4-1 defeats that brought the club back down to size, with the former of those two coming against Leicester City.

A former Leeds United man was in between the sticks for the Foxes in Kasper Schmeichel and he’s had an incredible career since swapping Elland Road for the King Power.

Schmeichel was relatively untested on the night with two Patrick Bamford chances his only real saves of note, and even if he didn’t showcase what Leeds had been missing since his departure, he’s done that anyway over the 217 Foxes appearances he’s clocked up.

A Premier League champion in 2016, Schmeichel went onto great things after leaving us and it has been revealed that if key figures got their own way, he might not have moved to the Midlands in 2011.

In an interview with The Athletic, then-manager Simon Grayson revealed how he was not happy with the club’s decision to sanction Schmeichel’s move to Leicester.

“It is a bargain in today’s terms.” The ex-Leeds boss stated.

“Even at the time, that wasn’t a good deal to sell a very good goalkeeper, but he had a year left on his contract and the club signed him for nothing, so the club looked to recoup some money on him.

“It was a business deal that I wasn’t overjoyed in doing.

“He signed a two-year contract and after the first season, the people above me made the decision to sell him because they didn’t want him to walk out on a free.

“There were a few players at that time who began to be sold by the people above me.

“That was the decision and it wasn’t anything to do with his ability.

“Yes, I had to make out at the time that, sort of, we were looking for more competition.

“People realised that the people above us were starting to sell players, although we went down the line of saying that we were looking to improve the squad.”