In a recent Q&A for The Athletic, Phil Hay addressed the idea of Leeds United getting Chris Wood back at the club if Premier League promotion was secured at the end of this season, and pretty much shot it down.

The man from the other side of the world proved a top player for the Whites under Garry Monk as the club came close to the play-offs back when the former Swansea man was in charge.

Both would leave soon enough after that season finished, though, with Wood ending up at Burnley where he has been a fairly regular face in the Clarets’ side in the Premier League.

If the Whites return to the top flight for next season, though, they are bound to be a real draw for many and it would be interesting to see if any former players ended up back at the club.

For Hay, though, there is little chance that Wood is going to be one man coming back to Yorkshire:

Would you welcome him back? 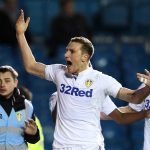 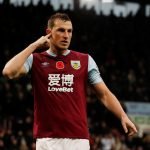 That last night effectively shoots the idea of Wood coming back to the club down to the ground.

Patrick Bamford, of course, is the main striker at the club now and Marcelo Bielsa appears to be a big fan of him, with him a very different sort of player to the man from New Zealand.

That in mind, then, even if there was interest from Wood in coming back to the club – not that there is any suggestion that he does harbour that – it could be argued that Bielsa might not even be interested in doing a deal.