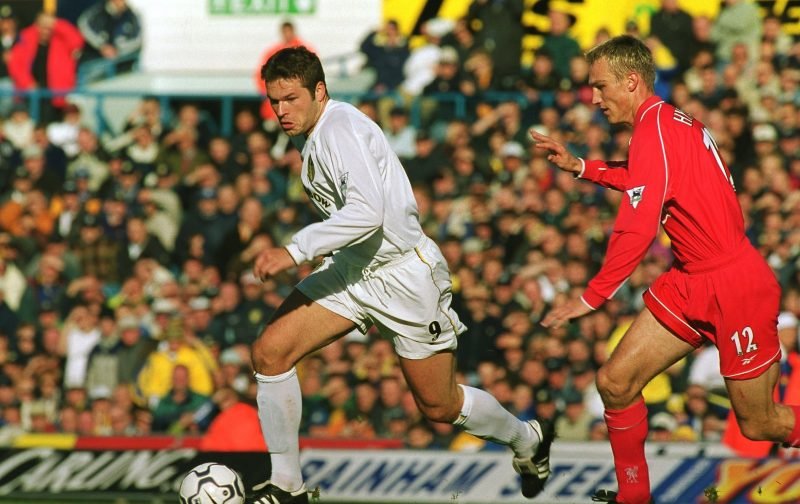 A few Leeds United fans have been reacting on social media to a retrospective review of Mark Viduka’s performance against Liverpool in November 2000.

The BBC hailed Viduka as ‘four-midable’ for ‘single-handedly’ destroying the Reds at Elland Road with a four-goal haul that day, having stunned the travelling Anfield natives, who had snuck into an early two-goal lead.

Firstly, Viduka lifted the ball over Sander Westerveld after a mistake by Christian Ziege allowed Alan Smith to snatch possession, before the giant Australian would head home into the top corner to draw the score level.

Liverpool put Viduka’s brace behind them to restore a two-goal advantage, but our iconic centre-forward refused to go down without another fight and lashed home twice in two minutes as the full-time whistle neared to steal the most unlikely of wins.

Viduka – whom we had only signed from Celtic for £6million that summer – was almost flawless upfront to turn the tides in West Yorkshire against Liverpool, much to the frustration of Gerard Houllier in the away dugout after the Reds spurned chance after chance.

Fans have now had the chance to offer their thoughts on Viduka and his performance at home to Liverpool that fantastic November day, after LUFC Data provided a retrospective review of the display from a statistic perspective.

LUFC Data has noted that Viduka took 41 touches on way to his haul, while directing four of his five shots on target, winning eleven duels, seven aerial duels, was twice fouled, created one chance for a teammate to score and made one successful tackle.

Best striker for us since Alan Clarke.#MarkViduka #LUFC

And the next day he asked Peter Reid if had to play at Arsenal….. because he didn’t really like playing football….