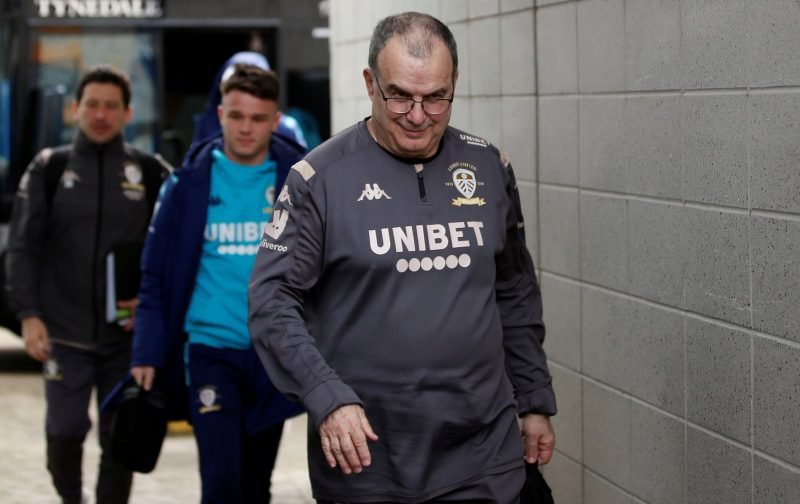 United are currently sitting second in the league standings to West Bromwich Albion by a single point after the Baggies were beaten at home by Wigan Athletic last time out.

We, meanwhile, extended our winning streak to four league games with a resounding 4-0 victory away to Hull City, and will host Huddersfield Town this weekend looking to do the double over our West Yorkshire rivals following the 2-0 win secured at the John Smith’s Stadium back in December.

But while we prepare to face the Terriers a point down on West Brom, Bielsa’s men lead the division in many statistical categories as a result of the performances produced over the 36 games played to date.

Would this season be a failure without the title?

For example, United have averaged a greater share of possession (65%) than any other second-tier side has in 2019/20, while also enjoying more victories (20) and clean sheets (16).

Bielsa’s men are underachieving in regards to goals scored when compared to our expected goals, having only found the back of the net 54 times thus far – 12 of which have come through Patrick Bamford, while Pablo Hernandez (six) and Jack Harrison (five) round out our top-three.

We are also underachieving in regards to goals conceded, having allowed 30 to be scored against us, although that remains the best defensive record in the second-tier.

This is a sexy sexy thread. We are so lucky to watch this team in this division. Marcelo = God #LUFC #MOT ⚽️⚽️⚽️ https://t.co/AP7cb0UFfM

Leeds are going up, behind closed doors. What a weird end to the Prime video that will be. Nobody in the ground and 35,000 outside on the street.

Bielsa Ball… 😍. Just imagine if he had a team that he could actually play in their proper positions… 🤔😉🍺

Impressive. Just catching up on these type of stats. I would think goal conversions as a share of xG or of big chances is pretty low right…based on commentary on how many missed chances..forward conversions, etc.

These metrics prove we are the best team in the division and this also shows why we’d take to the prem so easily. With a ok conversion rate we’d have promotion wrapped up nearly by now. https://t.co/AvG5pHzOUl

Just a tad better than average then! As the southern based media dogs keep making out everytime we have a minor blip! MOT

“If it was a boxing match the referee would stop the fight…” https://t.co/qbDu3W0PqM

Jesus. I didn’t realise it was that obvious!

By far the best team in the division 2 seasons running now and if we don’t go up it will be the most underachieving team ever https://t.co/bZBPMdd8cM