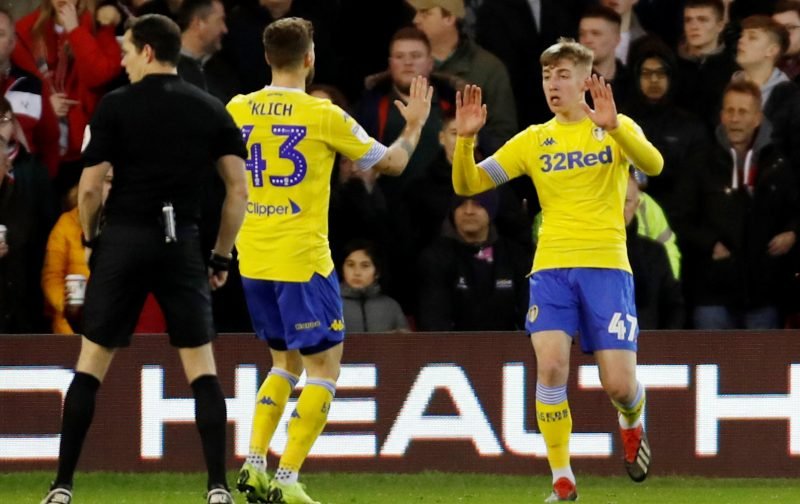 Potential add-ons could take the deal up to £13million, but Mills has told Football Insider that the base fee would be near on pointless for United in the current market, as it would be hard for Victor Orta and co. to use £8.5million to strengthen Marcelo Bielsa’s squad effectively.

The former England international also reckons Clarke could be worth a figure in the region of £25m and £30million in a years time if he can put together a full campaign featuring the highlight moments we saw when he first broke into the first-team.

A strong season under Bielsa has already seen Kalvin Phillips valued as high as £30million by the United hierarchy, who had allegedly considered Clarke to also be worth £20million.

There is not the potential for Clarke’s transfer fee to rise even marginally though, as Sky Sports understand there are several elements of the deal that have been finalised, including the £8.5million figure, so it appears the teenager will be moving to North London on the cheap soon.

“At the level of £8million, I think Leeds should keep him,” Mills said. “You can’t really reinvest that amount significantly to strengthen your squad.

“Leeds would be better off keeping a player who would play 25 to 30 games next season, may help them get promotion and, if he does well, he could be worth £25m to £30million in a year’s time.

“I just think £8million is far too lowball. There may be add-ons, but they are not guaranteed, and he is hardly to going to be playing regularly for Tottenham, not with the quality of their players.”