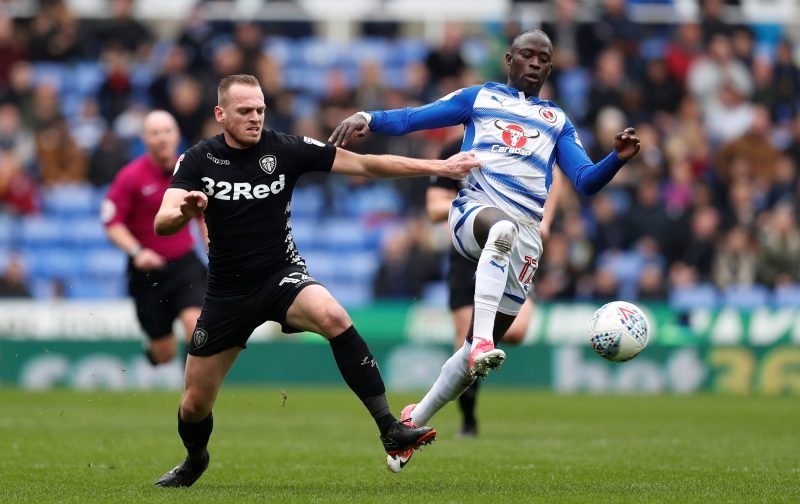 Leeds United defender Laurens De Bock is edging closer to securing a move away from Elland Road, as the Belgian is set for a medical with Aris Thessaloniki ahead of a loan move to the Greek Super League, according to SDNA and Gazzetta.

De Bock appears to have already agreed to the terms of his contract with the Greek side, who travel to Molde for their Europa League Third Qualifying Round First-Leg tie on Thursday, with Gazzetta noting that his loan move ‘is a given’.

He is expected to join Aris’ first-team on Friday, but should be presented as their new addition sooner with his medical and contract signing scheduled for Wednesday.

Thessaloniki’s interest in De Bock emerged toward the end of July, after reports surfaced suggesting the defender was in concrete negotiations with Savvas Pantelidis’ side.

The 26-year-old’s January switch from Club Brugge to Leeds in 2018 set the Whites back a fee in the region of £1.5million, and came about after we lost Luke Ayling to injury for the remainder of that season.

Allowing the Dendermonde-born uncapped international to leave West Yorkshire after 18-months will see Marcelo Bielsa’s defensive options decrease again. However, left-back is one of the rare positions where we have strength in numbers at present, with Barry Douglas supported by Ezgjan Alioski and Leif Davis.

Liam Cooper and Gaetano Berardi can also be deployed on the left-hand side of the boss’ backline should injuries tear through our ranks once more, which cannot be said at right-back, where Ayling’s leading deputies in the senior squad are natural centre-halves or midfielders.