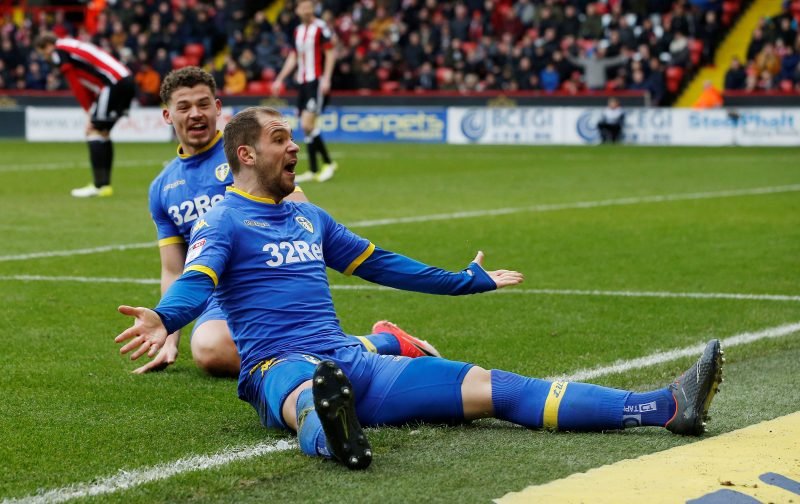 27-year-old German striker Pierre-Michel Lasogga had a mixed spell at Leeds United during his loan in the 2017/18 campaign as he made the switch from Hamburg.

It was a difficult year yet again for the club, but in many ways he was a bright spark for many in the fanbase as he scored ten times in 22 starting appearances and 11 substitute showings, but we opted to not take up a permanent option on him, as after a bright start he ended the season with a barren run in front of goal.

His touch hasn’t deserted him as he returned to his parent club and in 31 appearances in the 2018/19 campaign, he found the back of the net 19 times, but given his reported wage, Hamburg have now confirmed that he leaves them this summer and it means he’s available as a free agent.

I wouldn’t have thought a deal is likely in fairness as we look to go one better in the 2019/20 campaign under Marcelo Bielsa (hopefully) as presumably if Bielsa wanted him, he would’ve come in and not Patrick Bamford.

That hasn’t stopped some fans from wondering how he might perform under our Argentine genius. Not everyone will agree though.

I think I agree!

Let bielsa get him super fit and more mobile…and he could be a very useful addition! ????????

I’d have him back at Leeds, could finish, just got no service.