Leeds United could sign Manchester City full-back Yan Couto on loan for next season as the club make plans ahead of the transfer window.

Marcelo Bielsa’s side are currently top of the Championship, boasting a seven-point lead over third-placed Fulham in the race for automatic promotion. And, they look set to have the added insurance of the league been decided by points per game if it can’t be complete, which has been recommended by the EFL.

Therefore, the Whites are in a great position to end their 16-year stay outside the top-flight and if they do go up the challenge for Bielsa will be to build a side that can establish Leeds in the Premier League.

So, it could be an exciting transfer window ahead and when asked about the Whites recruitment plans, The Athletic reporter Phil Hay suggested that Couto could arrive at Elland Road if they win promotion. 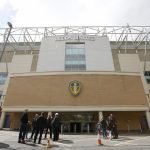 You can read the very latest on this transfer news story and others on our dedicated Leeds United transfer rumours feed.

“Manchester City’s Yan Couto, a right-sided Brazilian, is a player I’ve heard them strongly linked with. Keep an eye on that one.”

The 17-year-old only officially signed for the Premier League champions in March, agreeing a five-year deal from Coritiba in Brazil. That was considered a major coup for Pep Guardiola’s side, as the teenager has been dubbed the ‘next Dani Alves’ and it’s believed the Spanish boss had to intervene to pip former club Barcelona to his signature.

Couto has starred for the Samba Boys youth sides over the years, notably helping them to win the U17 World Cup last year. Should the move to Leeds go through, he would provide the side with more depth at full-back, with Luke Ayling the main right-back, so Bielsa could use the youngster in a more unnatural left-back position considering the issues Leeds have had there.