It’s blatantly obvious that Leeds United need a second striking option at the club following the recall of on loan Arsenal attacker Eddie Nketiah, as although manager Marcelo Bielsa clearly prefers the Patrick Bamford option, we do need competition for places and cover should the 26-year-old get struck down with another injury and although links to Stabek winger, Emil Bohinen, appear to be new to my memory, there won’t be many fans who feel he’s the answer for the second half of the 2019/20 campaign.

With Ryan Edmondson and others not making the step up this season as many had hoped for, if we are interested in the 20-year-old Norwegian youth international, you can only imagine it’s as another player for the potential future and that he’d link up initially with Carlos Corberan’s Under 23 setup as it would be a risk to throw him into our Championship battle with tensions so high given our recent defeats.

Leeds United continue to work on potential deals for small group of strikers, as Norwegian prospect Emil Bohinen emerges as a wing option.https://t.co/jWA7zrevpJ#lufc

As the YEP point out, it is likely he’s simply a replacement option for Jack Clarke but with good game time at his current club (four goals + five assists in 29 league appearances in their last campaign) the lad seems to have something about him, so if the price is right it might be worth the gamble.

No Chance, Give The U23s A Crack 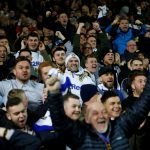 Interesting Proposal For Next Season