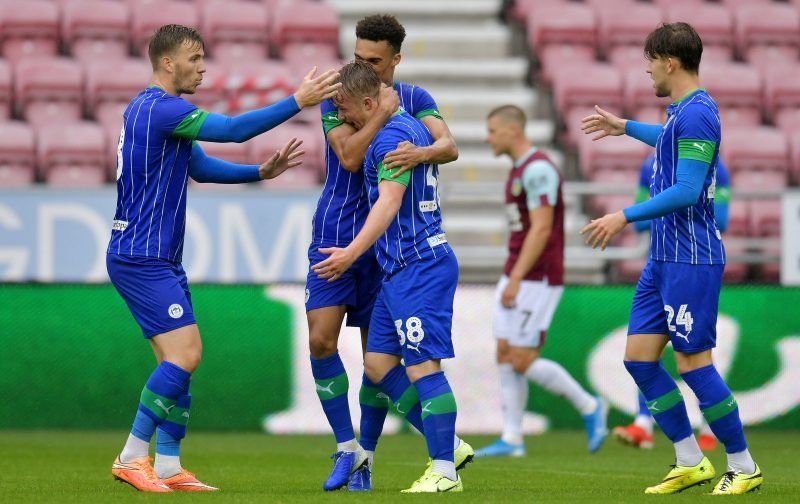 Leeds United have announced the signing of 18-year-old attacker Joe Gelhradt from Wigan Athletic on a permanent basis.

Having graduated through the club’s academy Gelhardt made 21 appearances in all competitions for Wigan’s first-team, scoring once in a 2-2 draw with Hull City back in September.

But with the Latics now needing to raise funds after finding themselves in a difficult financial situation, Gelhardt has officially completed his move to Yorkshire for an undisclosed fee.

The teenager has put pen to paper on a four-year deal with Leeds, which will secure his future at Elland Road until the end of the 2023/24 season.

As well as his exploits for Wigan, Gelhardt has also been capped by England at several different age-group levels, and now looks set to be part of the Leeds squad that makes the club’s long-awaited return to the Premier League next season.

Taking to Twitter following confirmation of the signing of Gelhardt, plenty of Leeds fans were keen to give their thoughts on the club’s new recruit.

Here, we take a look at what of some of them had to say.

we need to aim much higher than this

I’m 100% positive we will be, do you think he’s bamfords replacement

Lads a unit 💪 welcome to the family Joe

Looking forward to seeing how he develops over the next few seasons. He looks great and he’s going to have the best possible chance of being a success at Leeds 👍🏻

He’s going to be a star, great talent. You can kick this lad 200 metres in the air and he just carries on like it’s nothing. Absolute warrior. Welcome to leeds.

Good start & one for the future be good to see him coming on in games and making an impact next season but feels like a long term one.

Brilliant signing. Potential this lads got and with Bielsa coaching him win win win.

Looking forward to seeing this lad in action! Welcome to the Club Joe 👏